Foods in Amritsar.....Start of a journey


Amritsar is a historical city also known to us as Ambarsar (apna Punjabi Slang)….famous for the Sri Harmandir Sahib or as we all know it The Golden Temple (Religious place of Sikhs). The city is well known for its rich cuisine and culture….. 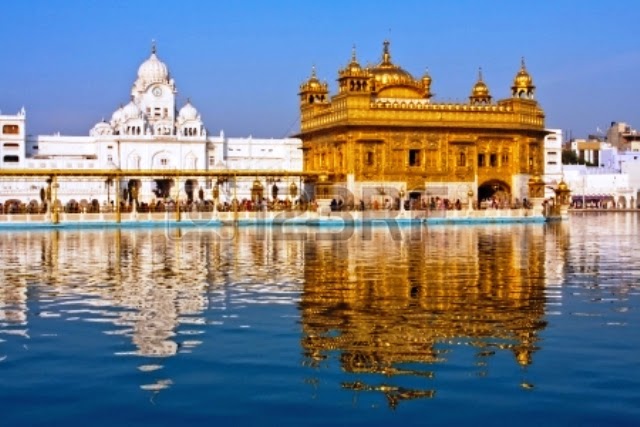 We, foodies search for food at each and every nook and corner…of any city we are in…. Had a little over 48 hours in the city but wanted to try everything (impossible task)… …..

We ordered the signature Thali and also dal makhni (black lentils whole) maah ki daal as we all Punjabis know….. OH ! My God… What lovely flavors!!! The Chhole (chickpeas) were made v.well and the Dal was the highlight…the paneer (cottage cheese) was good…..Dal and Chhole had lovely flavor of Pure Ghee…… The Nan and the Paranthas were too good… I have always noticed that the texture and taste of Breads (Nan, paranthas etc.) in Amritsar is very different than any other place. Their style of making them is very unique…and also not to forget the Amrit (Holy Water)  aspect of the city (Amritsar) i.e. the water available in the city has some properties which makes the dough so good (it’s a legend)………


Makhan Fish......OK.OK....but again I would like to say over hyped by I don't know…. Who all ?..media or paid previews but I will be genuine, truly. Naam Bade aur darshan chhote....The place was just a drinking place full of men (last visited September 2013)...... with glasses all around tinkling and tangling….families wouldn’t dare to sit there…..We had 2 lovely ladies sitting next to us who went there coz they had heard a lot about the place and did not want to miss it. But i was not surprised to see that they were feeling very uneasy at that place..As my wife was with me they gathered the courage to speak to us..…By the grace of God they were staying at the same hotel as we were..So i sent my cab to drop them at the hotel (they left their meal halfway).......They thanked me a hundred times for this…..

But we are eaters and were hungry too. So had to give that place a try in any case at it was already 10.20 in the night and we would not have found anything good after that at that place( as per our cabby)


After much tussle we ordered Fish Fry (signature dish) a keema nan and some chicken dish…. In half kg fish we got 7-8 small pieces of fried fish which were good and tasted well. The Keema Nan was just ok and it felt like a thick pillow….just ok… and the chicken dish was not good at all…. .. I had praised and talked about this place a lot to my wife…and now had no words to soothe her…. 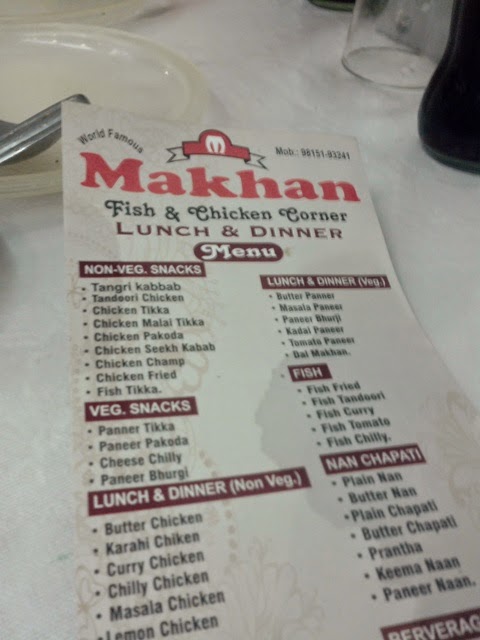 The hangover (frustrating) of the dinner was not yet over but we the foodies can’t stop….So decided to savour some real good non-veg now as the carnivore in us was craving for it since long…..It was lunch time around 1p.m. and we headed towards the Hathi Gate area where the famous Pal Dhaba is located (on recommendation of locals)..When we reached we were surprised to see the size and the furniture at the joint. It was just a small shop with long stool type benches and tables on one side and the open kitchen on the other…….Anyways we had to try it in any case … So we ordered 3-4 items like Magaz (Brain), Mutton Saag, keema kaleji and Chicken Curry (dish I don’t remember)…….

What a fabulous Taste….Just to die for....can’t express in words.....Better than most of the big names in Amritsar food clan..... A must visit to this place for having magaz, saag meat, mutton curry,kharoda , keema kaleji (mutton mince with liver) chicken dishes and the butter nan which is so well made that one can eat the nan on its own without any dish at all...Prices range from Rs.120 to 400 which covers  the full menu.......

When is Amritsar, you have to have the Amritsar Kulcha (Ambarsari Kulcha) the humble naan as we know here….. So we did our R & D and found the place which serves the best Kulchas in the city…. Kulcha Land in Ranjit Avenue….. Its located in the new locality and a upmarket area of Amritsar.  We reached at around 3 p.m.  Thinking that we won’t get anything as the place must have already finished up its stock and closed for the day…. But our luck was in favour and we got a place to sit inside the joint. It’s a small place with seating inside (approx. 10-12 pax.) and outside 8-10 pax. Short and simple menu.. with 2-3 types of Kulchas available ( Aaloo, paneer, mixed ) We ordered the basic and the highest selling Aaloo wala Kulcha ( 60 bucks I suppose) . Service takes about 10 minutes as Kulchas are made fresh 8-10 at a time ( tandoor constraints) . A plate has 2 Kulchas, a bowl of Chhole and pyaaz (onions) and hari mirchi (green chilli) in imli chutney (tangy tamarind chutney) which is watery as it should be……. Coming to the taste..The kulchas were well made with khasta texture (crispy) as they are made in Amritsar ….the chhole were good too…. Nothing to die for… But Good……. 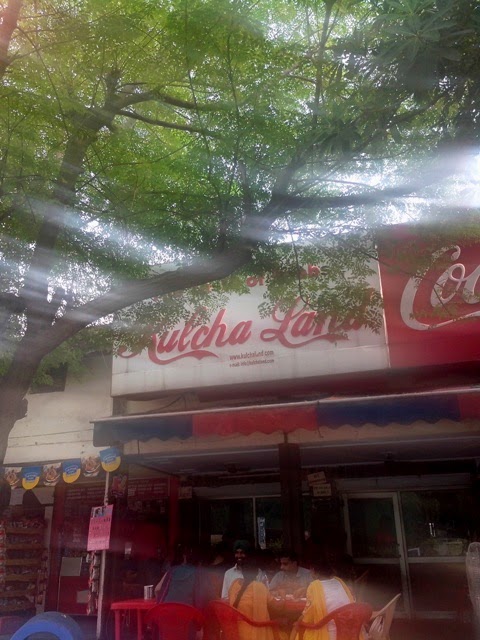 Some more popular places to eat in Amritsar

Have to try more places on my next visit soon…will keep posted...as this is an unending journey…....