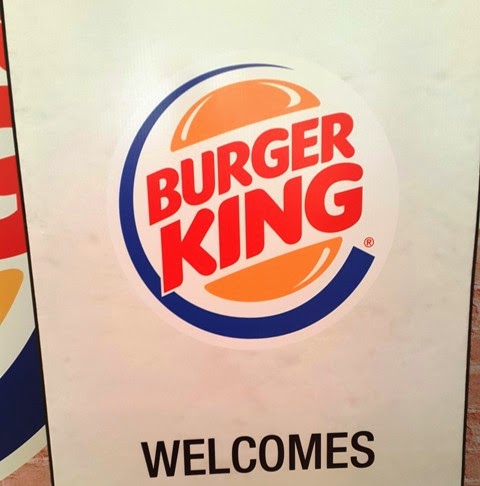 When, about an year ago I heard that BURGER KING® is coming to India soon. I was most excited, so were many of us Indians who had tasted their burgers at foreign locations. The excitement trebled, when we as TWCI (The WritersCollective-India) were invited to the opening (pre launch) of the first outlet of BURGER KING® in India on 8th November, 2014 , to be opened for public from 9th November onwards at Select City Walk Mall, Saket, New Delhi.

Burger King Worldwide Inc. has brought its crown to India, joining an already crowded field of other Western fast-food brands including McDonald's, KFC and Domino's Pizza that are seeking to tap into the Asian economy's growth.

US fast food chain Burger King Worldwide will open about 12 outlets in the country over the next 60-90 days, Rajeev Varman, chief executive of the hamburger chain's India unit said on Saturday. In India, the hamburger chain has changed its menu to sell mutton, chicken and veggie sandwiches coz after a long research of the markets in India. From North to South, tasting all types of street food and other fast food  the 3 points which were highlighted were Crispy, Juicy and Spicy……that means we Indians mainly look for these 3 attributes in food per se to name it as good and tasty, added Varman.

Cherry on the cake was  to see Rocky and Mayur of HOMP (Highway on My Plate- NDTV) Mc’ing the show……….I was much  happy to see Chef Vicky Ratnani too, who  has been appointed the Culinary Director of the of  subsidiary, F&B Ventures Asia Limited (subsidiary of Everstone), which has brought Harry's Bar and now BURGER KING® to India. Vicky has been all over the world and served as the Top Chef of the biggest ocean liner of the world, Queen Victoria-Chef-de-Cuisine for Britannia Restaurant & Kitchen- the largest restaurant at sea. Has done many successful TV shows on cooking, obviously. 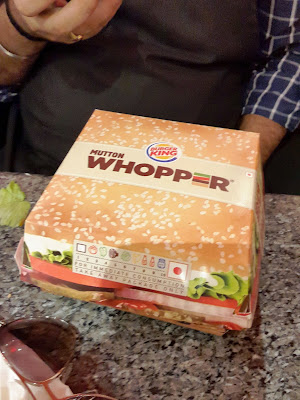 Chef Vicky or as Rocky and Mayur call him Vicky Baba.... gave us all a demo, on how to assemble the burger (tandoori chicken grill) right. On how to grill the bun for exactly 17 seconds (automatic griller) and then spreading the chutney mayo which should be precisely 14 gms on the top side bun (crown) which is to be placed on the grilled juicy chicken piece which has been placed on the bottom side bun (heel)……….


We had an exciting relay cooking contest, in which 2 teams had to make 9 burgers each. The judges, especially Vicky then had to judge us on the basis of presentation, packing, placement and time etc. 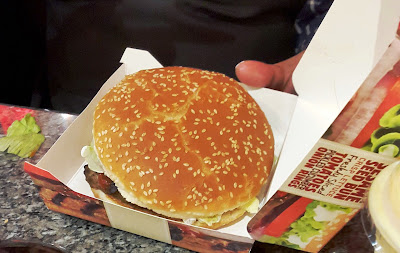 I must say the whole process of going to a fast food place and ordering food is too simple. But behind the scenes, the work is too technical and difficult. Only did we realize when we had to wash our hands for 2 minutes (in 40*c hot water) , clean our nails, apply sanitizer, wear gloves and then as per the timings taught, make the burger (pressure involved is high). But at the end of the day our Team won (non-veg team) which was mentored by the most humble and witty Mayur Sharma of HOMP. 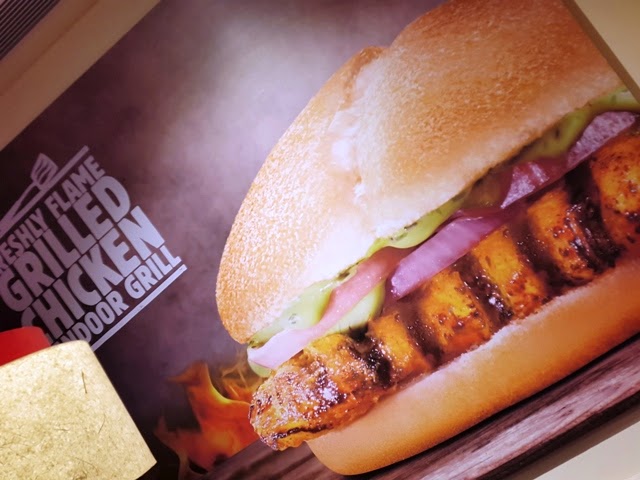 I tasted most of the burgers, like the grilled chicken, bean royale, chicken royale, Chicken WHOPPER® and the Mutton WHOPPER®.

All were good in some or the other way. But my favorite was the Mutton WHOPPER® …… a good juicy mutton patty which is flame grilled with full flavor of meat and a big amount salad in a big bun…………..Wholesome I must admit……

BURGER KING® has a decent range of burgers start from Rs.35 which is highly competitive but slightly higher than the  nearest and biggest competitor Mc Donalds (which made the Rs.25 price point most sought after) But as CEO , Mr Varman said, ……..”Cheap and Value are two different things. I pride myself in setting up a menu that’s value-driven. We are starting at an entry price point (Rs.35) and we have a full ladder. Our entire menu is competitive and what we have learnt is that consumers are looking for more quality, wholesome meals. Price point is not much of our discussion”.

As I am writing this piece, I got to know from a friend about the heavy rush and big crowd at the BURGER KING® outlet on its opening day today. The crowds had pre booked 1200 burgers on Ebay.in 3 days back and they thronged the outlet in big swarms to get their piece of cake (Burger) lolzzzz……………The Queues were running onto 2 levels viz. starting from the outlet on 2nd floor and going down to ground floor. The amount of euphoria is huge. And I am sure will run for at least a month or so and then after 3-4 months Burger King will be a part of our lives like any other fast food place………………