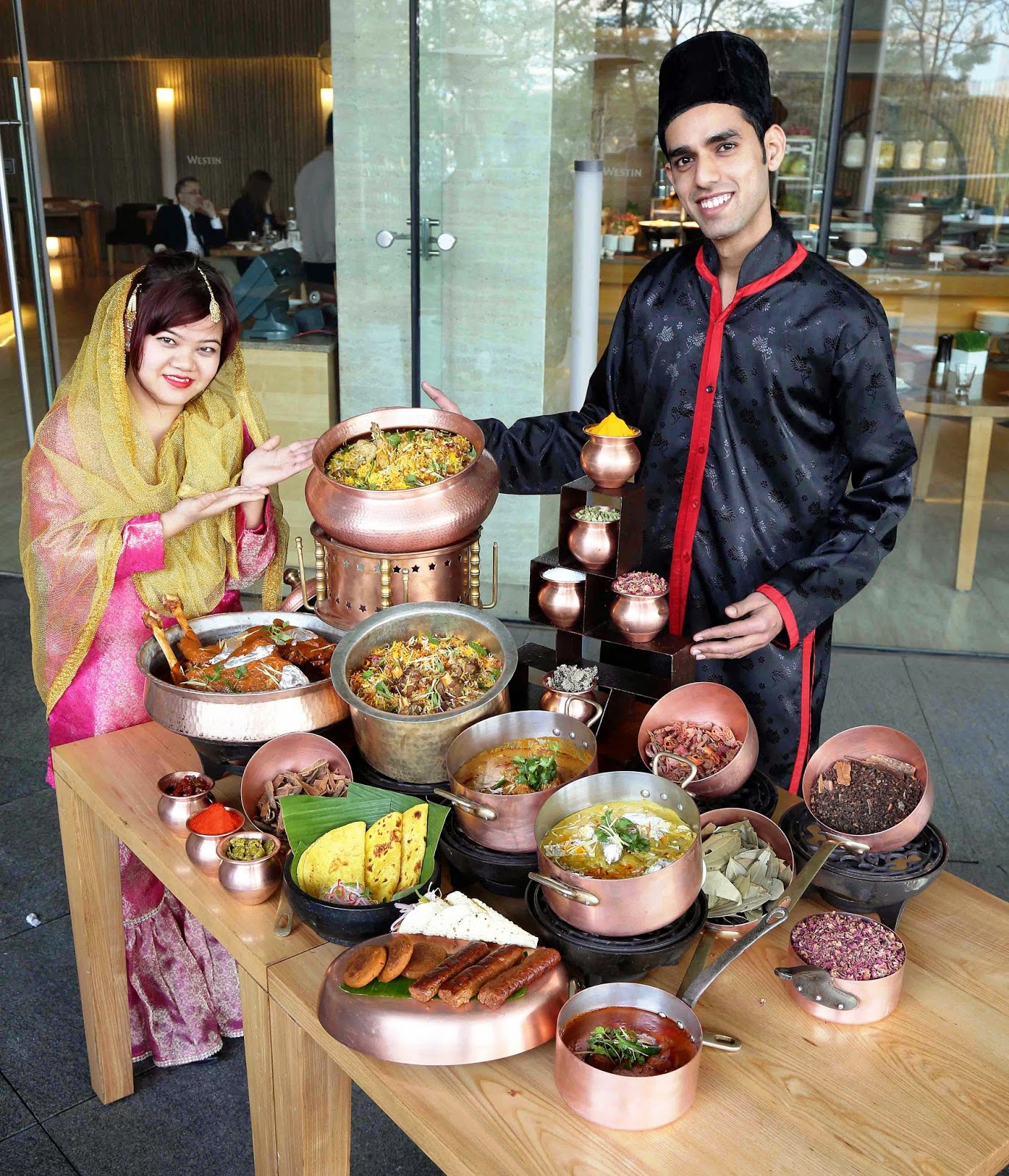 Awadhi cuisine is from the land of Nawabs, Lucknow, in our very own princely state Uttar Pradesh. The cooking style in Lucknow is an amalgamation of cuisines from Central Asia, Middle East and Northern India and comprises of both vegetarian and non vegetarian dishes. As opposed to conventional thought, Awadhi food does not make use of hundred-odd spices to produce each dish but a blend of handful but not so common spices. The truth lies in the manner in which the food is cooked on a slow fire……….. The Dum style of cooking was invented by the very talented Bawarchis (Chefs) and the Rakabdaars (Gourmet Cooks)

It is said that no or only few parallels can be drawn to the grandeur and style of the traditional Dastarkhwan (royal spread of food). The cooking style goes back a long time, when the former Nawabs of Lucknow had a specialized Bawarchi for each dish that was made in their homes.

The secret to the taste lies in a jugalbandi  ( fusion and mixing) of hand-pounded aromatic herbs and spices and food does not ‘float in oil’ as is the common misconception. “Ghee and spices are used in moderation……… 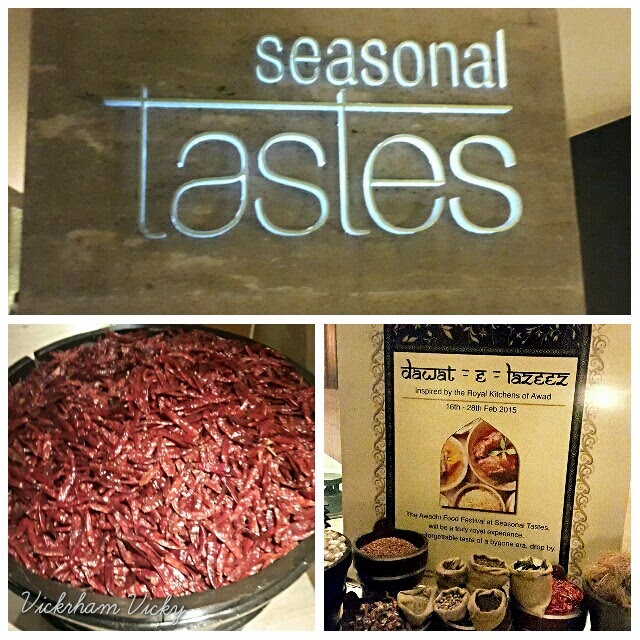 I have always been a fan of Mughlai, Awadhi and Purani Dilli Cuisine and was elated to receive an Invite to cover and review the ongoing festival , Daawat-e-Lazeez, Awadhi Food at Seasonal Tastes, The Westin, Gurgaon.

With loads of excitement, I reached the place with my respected colleague Mr.Avininder Singh aka Foodie Surdie from our group, TWCI- The Writers Collective of India............

We were  welcomed by the PR of “The Westin” , Ms. Sukhdeep Bahara and were escorted to the restaurant. Where we met the executive chef of the hotel Mr. Deepak Bhatia. It was pleasure talking to him . He introduced us to the Mughlai Chef, who is taking care of the Awadhi Cuisine as well, Chef Qadir Khan. He was well versed with his dishes and style of cooking.

We started with kebabs. First served with Galawtis , both veg (subz)as well as Lamb. Very well minced and mixed, reasonably spiced  flavors, which were very soothing to the palette. Then came the Kakori Kabab, a lamb mince kabab mixed with raw papaya used as a tenderizer or Gilawat. The texture was melt in the mouth and the flavors were good. We also had the Chicken Tikka which were just normal, nothing over the top.


This festival is not only for the Non-Vegetarians as many Vegetarian dishes have been incorporated too. We were served the main course, which comprised of an array of dishes. The Mutton Nihari, Murg Pista Qorma, Chicken as well as Mutton Biryani, Chana Dal, the Bhindi Masala, Aaloo Nazaakat,Paneer Awadhi and so on……

The Nihari was very good but not exactly authentic. The Paneer was really made well and was one of the best I had in recent times with lovely flavor of fenugreek leaves (kasoori methi). The Pista Qorma was a royally lavish dish, and was mild and subtle in flavors. I have always been a great fan of Lucknowi Biryani and this Biryani was really good. The meat was fall of the bone and the rice was well cooked with flavors of meat coming out very well. I also tried bits of vegetarian dishes, which were good but nothing gourmet about them…….

From the Awadhi dessert section, we tried the Sevvaiya ka Muzzafar (Sweet Vermicelli mixed with ghee and nuts), Phirni and the Khubani ka Meetha (Apricot in Sugar Syrup with Nuts).
My favorite came out to be the Phirni, very delicately prepared and not very sweet. 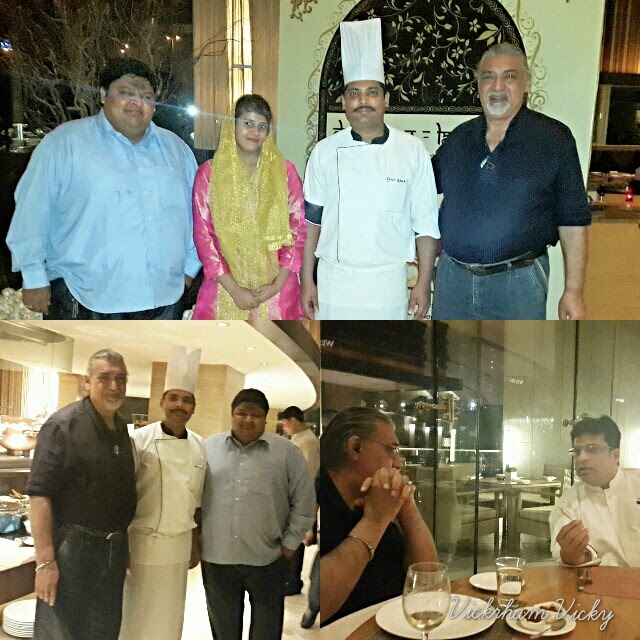 Overall, a very nicely planned festival with good selection of dishes. I would suggest all the foodies to plan ASAP as the Festival is on for only a couple of days now.