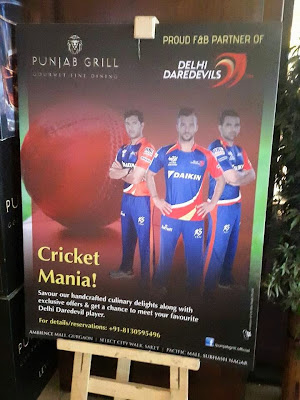 Lite Bite Foods, the official F&B Partner of Delhi Daredevils Team in the current season of IPL, hosted a lunch for the Delhi IPL team at Fresc Co outlet in Ambience Mall, Gurgaon, on 14th May. An engaging cook off competition was held between the players at the restaurant.

Lite Bite Foods is one of the largest and the most dynamic F&B Retail companies in the country with over 9 core brands under its umbrella. With more than 86 operational outlets, currently covering more than 1 million Sqft of Retail space, the company has a strong presence in Malls, High Streets, Airports, Multiplexes, Office complexes, Hotels and other high footfall locations. 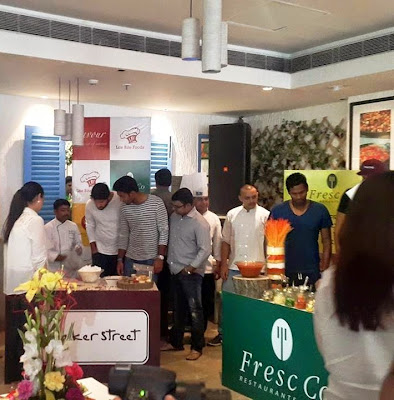 9 players were divided into 4 teams viz Punjab grill Team, Bakers Street Team, Fresc co team and the Asia7 Team  who competed against each other to dish out the best Pastas and Salads. 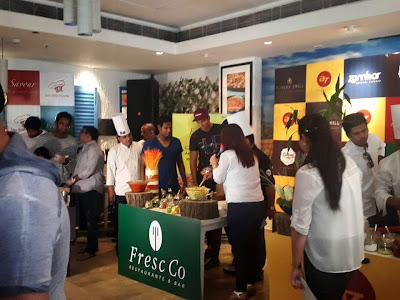 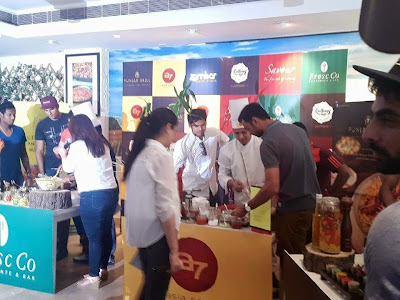 Shreyas Iyer expressed about the relationship between him and food, “I am a big foodie so there is no one cuisine that I can choose but because we are in a sports where fitness is much needed the kind of diet you follow also depends on the season. But if I have to choose a cuisine, I would firstchooseIndian since we’ve been brought up with it, then comes Chinese since it is easily available and if you are going out to a good place then definitely Italian is a cuisine to go for. And also, I have a sweet tooth so I can never leave desserts. When it comes to my mother’s cooking, I just love Rajma Rice but when it comes to me, I can just make omelette.”

Adding further, Jaydev Unadkad said that his favorite cuisine is Mexican.He expressed that he cooks a lot of dishes but only Gujarati food since he is a Gujarati but apart from that he can cook pasta and various South Indian dishes. Further, he said that he just loves whatever his mom cooks because he rarely gets anytime to stay home. One of the dishes that he cooks is Tofu in black bean sauce which is quite famous amongst his friends.

The Punjab Grill team of Imran Tahir and Mayank Agarwal with Chef Satinder won the cook off by dishing out Murg Makhani in 8 minutes. 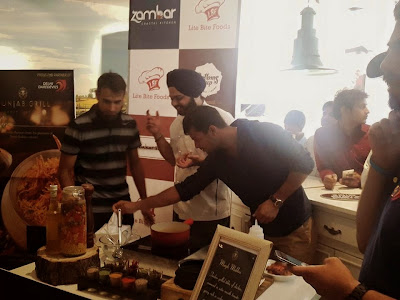 The event witnessed a good gathering including fans, guests and onlookers who were seen enjoying and interacting with the players especially about their love for food and different cuisines.