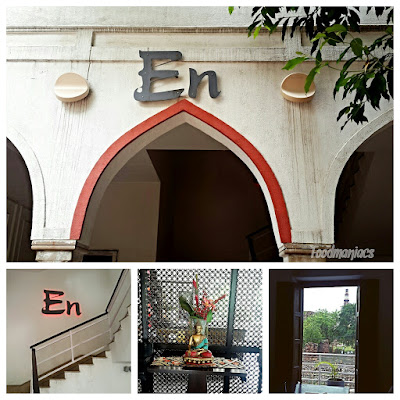 Japanese food is often mentioned in connection with a healthy diet because of the large amount of fish and vegetables eaten. Even in Japanese home-style cooking, a lot of fresh, seasonal fish and vegetables are cooked and people enjoy the natural cycle of the seasons.

The most important staple food in Japan is rice, which is eaten at almost every meal. There are many different types of rice dishes; plain, boiled white rice is excellent for enhancing both main and side dishes in Japanese, Chinese or European cuisine. In Japanese cuisine great attention is attached to fresh ingredients, gentle methods of cooking and authentic flavours. Many Japanese foods are only cooked for a very short time or are even eaten raw. Soy sauce and other Japanese seasonings are also used to enhance the intrinsic flavour of food – the combination of sushi and soy sauce is a good example.

To experience the best from the “Land of the rising sun” we still have limited options available. Only top metro cities like Delhi, Mumbai, Bengaluru, Chennai and a few others have good Japanese restaurants.

I have to admit that this restaurant is one of the finest in Delhi, as per the location as well as per the food quality. An upmarket location next to Qutab Minar, in the Ambawatta One complex which houses the studio of celebrity Manish Malhotra many other luxury brands. 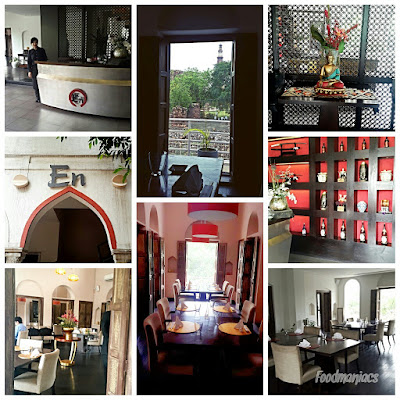 We, TWCI -The Writers Collective Of India were invited by the most friendly and humble Mr. Shahni the Asst. Mgr. of the place. A wide staircase leads to the restaurant on the 1st floor. Done beautifully with ample natural light and artefacts enhancing the beauty of the whole place. The architecture of the rooms especially the roofs has not been tampered with at all. The iron rods and the iron hooks in the roofs and the beautiful jharonkha style windows give an old world charm to this beautiful joint. Japanese love to sit and chat in private company while eating so they have 2-3 small to big PDR's .

We sat at the table facing the magnificent  Qutab Minar. As most of us Indians are relatively new and less familiar with the Japanese Cuisine, except the more American sushi rolls. We decided to leave it on the Chef and the Manager to serve us rhe dishes as per them. BTW they have pre designed course by course menu also for their clientele priced at Rs 3000 to Rs. 5000 p.p.

We began our culinary journey with a lively appetizers platter which had a Potato Salad with Tobiko (Fish Roe) ,Dashimaki Tomago (Japanese Omelette) and Nambanzuke  ( Pickled Sole Fish).......Very nice and subtle flavors of the omelette with the saltiness coming from the fish roe and the tanginess of the fish pickle was really awesome and a good start to the whole meal. Then we were served with Seafood Kakiage and Veg Kakiage (Chopped Seafood and Vegetables Crispy Fried Served with Tentsue and Ginger, Radish)...........It was just like our pakodas,  but the batter was like rice flour or something in tempura batter. Chopped veggies were used instead of big pieces like in traditional tempura. Very easily adaptable dish for us Indians. 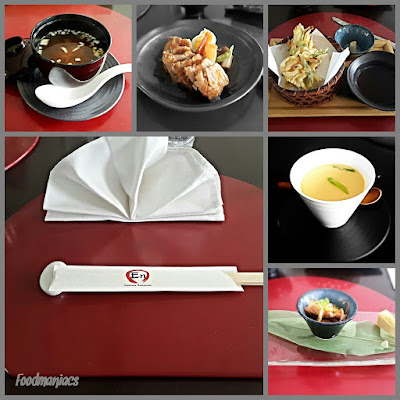 Then came the most popular dish on their menu, Buta Kakuni  a 28 hrs braised pork belly , speciality of the house. Very nice and tasteful. Yakitori grilled veggies as well as meat is one more thing which we can easily adapt as it's like a BBQ wirh marinating of some sauces like soya and teriyaki sauce etc. We had Chicken, leeks, chicken wings skewers from Yakitori grill and really liked it.

My favorite is the Sashimi Carpaccio, which was served in the best way on e can. Awesome slices of fish- Sliced tuna and Salmon topped with siso dressing, Yuzukoshu Mayo and leeks. So flavorful and tasty, I could have only this. This followed the Sushi rolls. I ordered the Baked Salmon (Salmon outside) and Tuna Maki (Tuna and Asparagus) roll. Also the Kappa Maki (Cucumber roll). And as always, I was the only one amongst our team to relish the Sushi, which I thoroughly love. Most of the dishes we had were made perfectly well with the use of the best of ingredients. 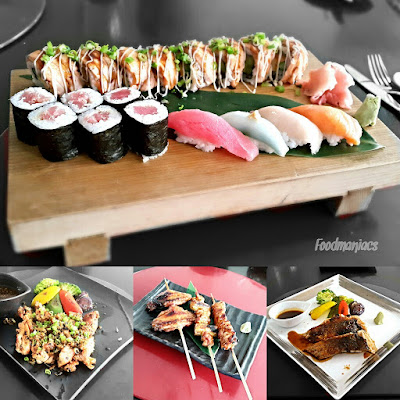 The assorted Nigiri was also served which was a combination of salmon, tuna, yellow tail and squid. I tried the Salmon and Tuna, again very fresh with great textures. The wasabi which was being served with the dishes was too good as I could feel the pungency in my nose as well as head. The next course had Teppenyaki - Chicken in ginger and leek sauce and Grilled seabass in spicy miso sauce served with steamed rice (sticky). Again a burst of earthy flavors in our mouths. A little sweetness with the salty and sour flavor of miso and other sauces was heavenly. The Ramen noodles in stir fry style was the last course in the mains section, which we could not have too much as already we were full. 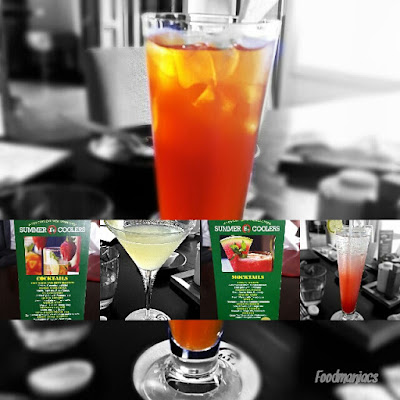 They have a nice collection of spirits and wines and also the Sake wine (Japanese). A range of Summer Coolers in Mocktails as well as Cocktails has been launched , which was really good. As we tried almost all of the coolers.

Japanese are not too much into sweets …… Japanese desserts, referred to broadly as wagashi, feature four principal recurring components: mochi (rice flour cake), bean paste (especially “red bean paste”, made from azuki beans), fruit, and gelatin (especially agar, derived from algae). These components are also found in many regular, non-dessert foods. When used in desserts, however, they’re generally sweetened with the addition of honey or sugar. Not too sweet though. If there’s one major barrier to Westerners enjoying Japanese goodies, it’s an expectation of overwhelming sweetness. As is often the case, Japan’s approach is more subtle. 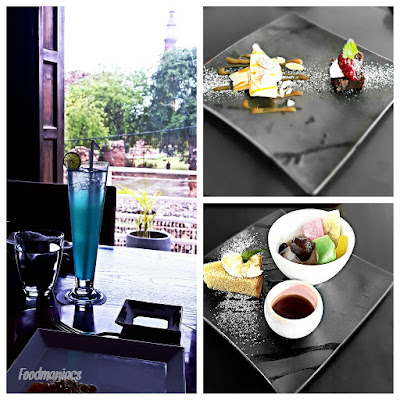 The Anmitsu agar jelly with brown honey was the same, not sweet at all. So, not my types. They served a small platter which had a Japanese Chiffon cake, Baked Cheese cake and a Chocolate gateau. They were fine, but not as good as europeans make in their Bakeries and patisseries.

Overall, it’s just not only about the meal, It’s an overwhelming experience of a lifetime, the uber luxurious location on a heritage site and the uber special Japanese food from the land of Sakuras and Samurais.

We should definitely try this lovely cuisine, at least once. So that we are able to relish and feel the joy of it. I promise, it will make you fall in love with it forever.
“En “ is the place to be , with your loving date especially and you can sit there for long,  chatting and enjoying the food in the most romantic surroundings and scenery.