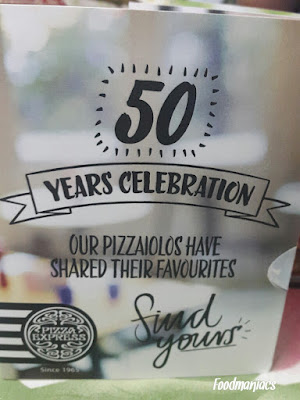 PizzaExpress is one of the world's leading casual dining and consumer brands. Established in 1965 in London, it now operates over 500+ restaurants in 14 countries worldwide. The brand was launched in India in 2012 in partnership with Gourmet Investments Ltd, a company promoted by the Bharti Family Office. PizzaExpress  opened its second restaurant a few months back at the Ambience Mall, Gurgaon, after successfully launching its first restaurant in New Delhi at the Ambience Mall, Vasant Kunj.

The chain of restaurants from UK known the world over for its iconic black and white stripes, will introduce the Gurgaon foodies to their signature Romana base. To create this exceptionally thin, crispy and delicious base, the dough is stretched to perfection allowing the flavors of all ingredients to stand out. PizzaExpress prides itself in serving pizzas which are cooked to order. Furthermore, all ingredients used are freshly procured and diced daily to ensure the best quality and scrumptious food.

PizzaExpress, world's leading casual dining and consumer brands has launched a new, refreshing menu to celebrate its 50 years journey. Established in 1965 in London, the iconic brand has introduced exotic Italian recipes exclusively prepared by its Pizzaiolos (trained pizza chefs) to mark its global celebrations.Inspired by a love of real Italian pizza, PizzaExpress has been pioneering delicious handmade pizza since 1965.

Founder Peter Boizot revolutionized eating out in the UK, introducing pizza and casual dining to the High Street. True to the pizza he had tasted, Peter served expertly crafted pizzas using a secret dough recipe and a festival of carefully selected, quality ingredients. Over 500 restaurants later, they are still proud to serve beautiful pizza throughout the world. 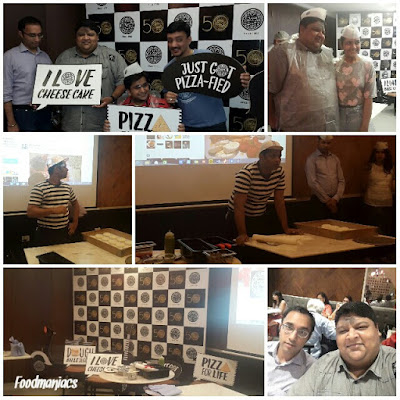 The pizza chain has introduced new starters that include the Antipasto Verde, Assorted veg platter, and the Antipasto Pollo e Gamberro, Assorted non-veg platter -  These all are platters with antipasto, roasted tomatoes and peppadew and rocket , fresh buffalo mozazarella , dough sticks and grilled prawns and chicken in non veg.

Pizza lovers will be thrilled to experience new recipes, especially an Italian masterpiece developed by an Indian pizzaiolo, Amore Nascosto topped with speck ham, spicy N’duja, harissa marinated tomatoes, mozzarella seasoned with pepper and oregano and garnished with fresh spinach and creamy ricotta while the II Padrino 65 comes topped with grilled chicken, chargrilled vegetables and fresh mozzarella. Only the Margherita Buffalo is the veg pizza available in this menu.
New introductions in pasta include the Penne con Peppadew, the Pollo Pesto Baked, the Linguine Ai Gambero a Pesto Rosso, and the Pollo Arrabiata. 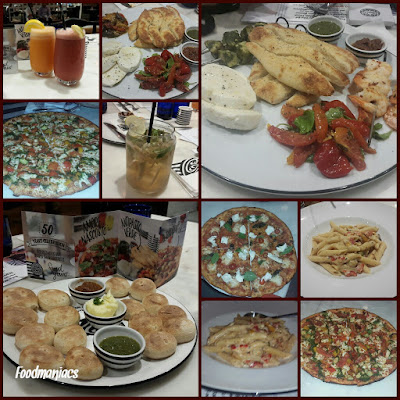 To officially launch this new menu by the Pizzaiolos, we as TWCI – The Writers Collective of India were invited with other Bloggers and Media persons. It was a fun filled evening as we were shown how to make pizzas and what exactly is the style and art of making pizzas at Pizza Express.

We all made pizzas with our own hands using the ingredients and equipment provided to us. It was real fun as we all got to know the philosophy behind the dishes designed. A pizzaiolo also showed his acrobats in flipping a pizza base while dancing to a hit Bollywood number.

The best as always was yet to be unveiled, the Cheese Cake ….. I must tell you; this is the best Cheese Cake in town with no fuss at all. Pure flavors of awesome Philadelphia cheese served with gelato or ice cream. 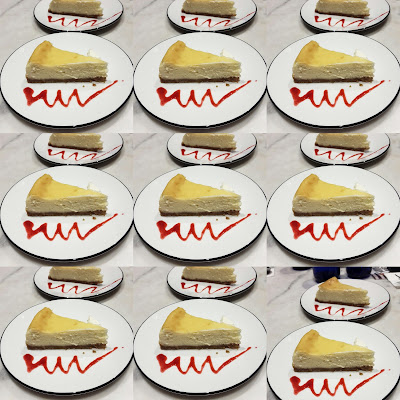 Overall, Pizza Express is the place to be. One of the best pizza places in town with other offerings which are equally good and very well curated…….