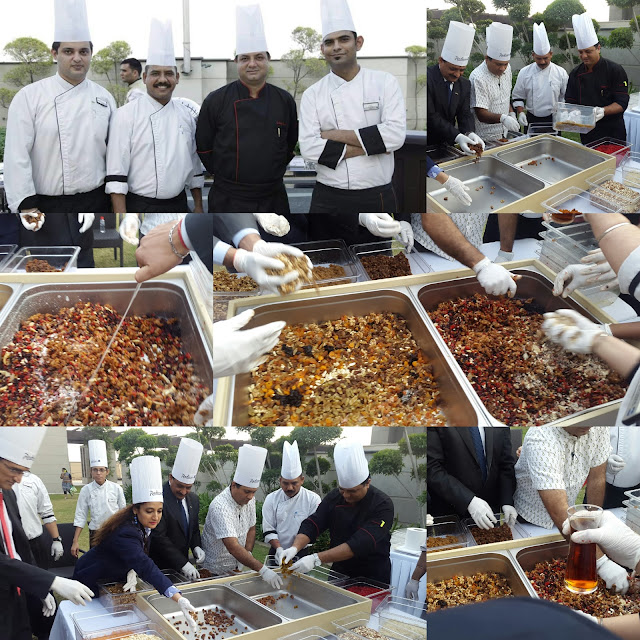 Christmas is a time, an occasion for family reunions, celebrations and traditions and is considered to be one of the high spirited festivals. This involves an auspicious ceremony known as Cake mixing.  Cake mixing involves mixing of ingredients for the Christmas cake. It’s an age-old practice followed in Christian households, which over the years has been embraced by many hotels and patisseries and is observed with much fanfare.

With less than 40 days left for Christmas and New Year, the city this side of town began its celebrations with the cake mixing ceremony. A lot of guests and media, the staff of Radisson Blu, Paschim Vihar, and New Delhi geared up with aprons, caps and gloves took part in the fun-filled ceremony. 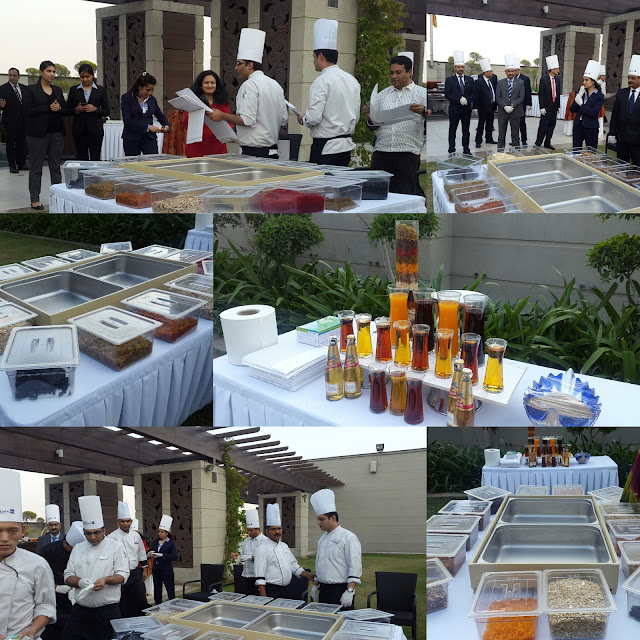 Radisson Blu Hotel New Delhi Paschim Vihar, organized this auspicious ceremony on 17th November, at their poolside lawns. Different variety of dried fruits along with liquor, juice, lemon zest, orange zest and spices like cinnamon powder, cloves powder, cardamom powder and various other ingredients were placed around the two large containers, which made it easier and enjoyable for the people to participate.

The ritual was attended by various guests present in the hotel along with the General Manager, Mr. Rohit Bajpai, Executive Chef, Chef Vikas Pant, all Head of Departments and the F&B team, whose presence made the entire event a success. Finally, the event was concluded with High Tea.