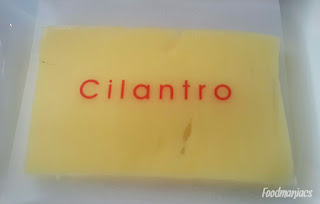 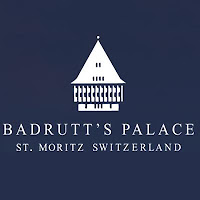 Swiss cuisine combines influences from the German, French and North Italian cuisine. However, it varies greatly from region to region with the language divisions constituting a rough boundary outline. Mind you, many dishes have crossed the local borders and become firm favourites throughout Switzerland.There are many different dishes in Switzerland that are regional. Italian food is very common in modern Switzerland including pasta and pizza. Swiss cheese includes Emmental cheese, Vacherin and Appenzeller. They eat lots of meat but vegetarian dishes have also become more common.

Swiss chefs are have a great sense of flavor, and some of them are well known worldwide in all food contests that take place because of the originality of the recipes in this cuisine. The many recipes and even more methods of preparing special traditional Swiss meals are basically due to the feeling that a chef adds to the cooking process. Combining available ingredients depends on the chef’s personal method, and can result in Swiss dishes that will become even more original and delicious than the already spectacular ones. The Swiss chefs take proud in their cooking skills and methods, and one of their many secrets lies in the variety of wines combined with various cheese types. History behind cooking methods and influences has been kept secret from the large majority of people from other cultures. Whether they are cooking a classic fondue, or a more sophisticated raclette or vielschnätzlet, Swiss chefs will always do a perfect job.

Under the Chef’s exchange program with the St.Moritz’s located Badrutt’s Palace Hotel, two of their highly renowned chefs Renda Fabrizzio and Pintonello Silvano are here in India these days. We were lucky enough to be invited to Trident Hotel, Gurgaon to savour the unheard dishes from the diversity of Swiss cuisine. Chefs are authentically presenting the finest flavors from one of the most diverse gourmet destinations of the world at, Cilantro.

We were very well introduced to the type of food we were about to have, by the most talented Sandeep Kalra , Executive Chef , Trident, Gurgaon. The first dish to be presented on our table was the Capuns – Chard covered fresh salami and spatzli dough. Chard is a leafy vegetable like spinach but has more texture to it and does not get wilted so easily as spinach. Spatzli dough is mixed with dried meat and herbs and then wrapped in Chard leaf. This is then boiled in a a stock and cooked like a pasta,then mixed in a sauce which was cheesy and flavorful. Next we were served Polenta and cheese fondue with black truffle. This was really remarkable, as the polenta was not the same as it’s usually cooked but had some amount of chickpea flour added to give it a crisp texture and the cheese with mushroomy flavors was outstanding, the aroma of truffles was breathtaking.

A nice version of Barley in the form of soup was served after that which was subtle and was garnished with dried shavings of salami.

The first main course dish served was the chicken Pojarski, a kind of meat ball served with natural jus, potato Rosti (A flat, hot cake made of grated, cooked jacket or raw potatoes and fried in hot butter or fat. The dish is bound by nothing apart from the starch contained in the potatoes)  and truffle oil garnish. The chicken mince balls were really juicy and flavorful.

The second was the Sauteed sliced pork served in sautéed mushrooms (dried as well as fresh) sauce with spaghetti. I loved both the dishes as each ingredient in the platter was there for some rhyme and reason and created a magic altogether.

The highlight of the meal was yet to come, and that was the National Dish per se Cheese Fondue. It was served in a lovely pot traditionally a “caquelon” which had a burning candle underneath to keep the cheese runny. The accompaniments were spread around in beautiful glass platters, like the bread cubes, pork cubes, bacon strips, vegetables, chicken cubes and sausage bits. We sat their chatting and enjoyed our fondue session picking up our morsels up on the fork and swiveling them in the melted cheese by and by.


The moment of truth arrived when we were served with a colourful platter filled with apple strudel, vanilla sauce, berries and the most sought after swiss chocolate mousse. Each bite was orgasmic to the core, Oh My God this tale should never end!!! But as we know, all good things come to an end earlier than the bad ones.


Food from different parts of the world, defines different cultures and it’s one of the most basic elements that people identify with strongly.