Rampur was a comparatively a smaller Royal estate in the foothills of Northern India adjacent to Nanital. The rich spicy taste of delicious Rampuri dishes at times leave behind The Awadhi, Kashmiri, Mughlai or Hyderabadi dishes. It’s true that the name of THE ROYAL CUISINE OF RAMPUR is not as famous as the name of other famous cuisines, but the rich aroma, spicy tongue twister of Rampuri dishes will compel to forget all other.

Rampur can be best explained with taste. It is also known for its non-vegetarian dishes. Even though the city is forgotten in this fast world, but the recipes stand alive with their unique characteristics of aromas and taste. The distinct taste is brought in by the use of special herbs and spices in the exact proportions and cooking the dishes on low fire in special traditional utensils, as told to us by Chef Mujeeb Ur Rehman.  Chef Rehman has been associated with, providing consultancy to five star properties like J W Marriott, Oberoi, Hyatt, Hilton, Radisson, The Park, The Lalit, Intercontinental Group and many more. 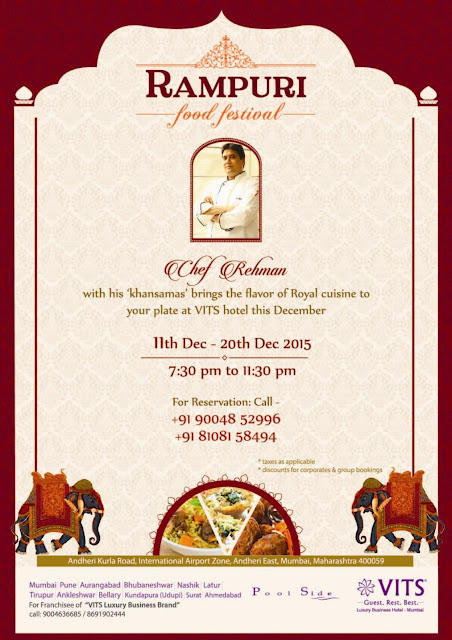 Chef Rehman has an elite list of fans, including the Master Blaster Sachin Tendulkar himself  (loves jis galawatis and kakori kebabs) and  Ratan Tata, Rahul Dravid  and even Anil Ambani for his vegetarian creations like Dal Sultani. 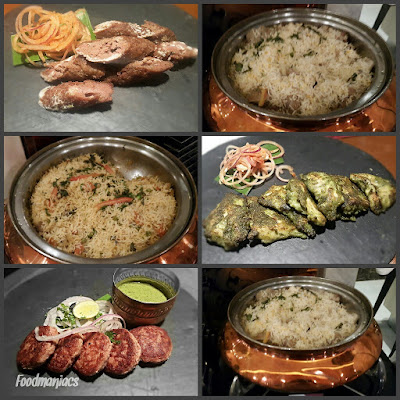 Rampuri cuisine is essentially a “courtly cuisine” which evolved with its rulers and their tastes.  It is influenced by Afghans, Rajputs, Awadhs and Mughals. Rampuri cuisine is characterised by its aroma and taste, achieved by the use of special herbs and spices. So, you may have a murgh shorba that is made by boiling chicken in spices for as long as 18 hours. Sounds tough? Well, cooking on a low flame for hours on end is what sets Rampuri cuisine apart.

Are unmatched, unparalleled and the exquisite taste and aroma of traditional spices makes you spell bound. All the recipe of THE ROYAL CUISINE OF RAMPUR is inspired from the rich heritage of Royal Kitchen of Rampuri Nawabs. The Royal Rampuri Desserts are also unique in taste, blend and retains its identity. Some of the famous desserts are YAQUTI, MIRCHI KA HALWA, ANDE KA HALWA, ADRAK KA HALWA and GULATHY are exceptional in taste and flavour.