The Vedas (/ˈveɪdəz, ˈviː-/; Sanskrit: वेद véda, "knowledge") are a large body of texts originating in ancient India.  The Veda, for orthodox Indian theologians, are considered revelations seen by ancient sages after intense meditation, and texts that have been more carefully preserved since ancient times. In the Hindu Epic the Mahabharata, the creation of Vedas is credited to Brahma. The Vedic hymns themselves assert that they were skillfully created by Rishis (sages), after inspired creativity, just as a carpenter builds a chariot. (WIKIPEDIA)

Drawing the insipiration from the ancient Vedas, Rohit Bal has worked magic to produce designs that make this new lounge beautifully unique. The interiors are both elegantly graceful as well as exquisitely ornate. The carefully arranged backlit mirrors, in a range of shapes and sizes border on the artistic and are almost reminiscent of a forgotten era. India of yesteryears is thus married at once to a world distant from it. The rich-red brick walls, strategic soft lighting and flickering shadows from low intensity chandeliers create an earthy feel to the restaurant.  And it all comes together in a setting that showcases the magic that is woven when care is taken to bring together all that is exceptional. 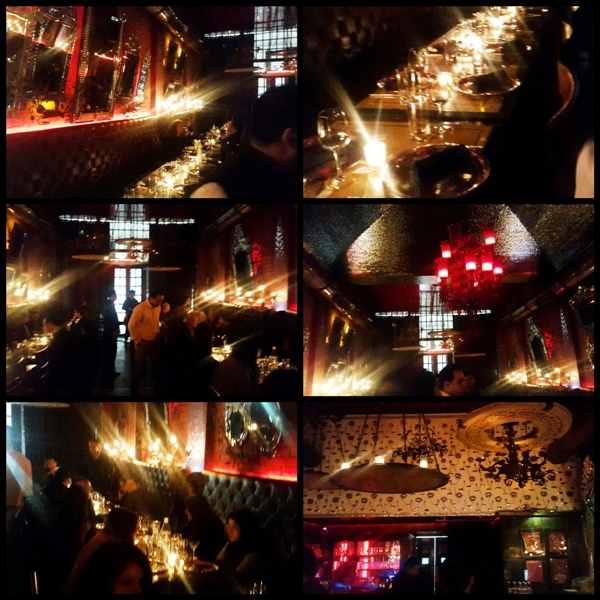 VEDA is a Pan-Indian experience from which people will take back flavours and tastes of the glorious food of the vastly diverse richly blessed Indian Sub Continent. The cuisine is a contemporary interpretation of classic Indian cooking. Soulfully authentic yet so modern. Each one of the dishes is reflective of a commitment to preserving authenticity, identity and to ensuring a stirringly sumptuous culinary adventure. Everywhere, there are aspects of the creative genius from our very own Chef Amit who is totally inspired by the awe of Indian cuisine and its diversity. 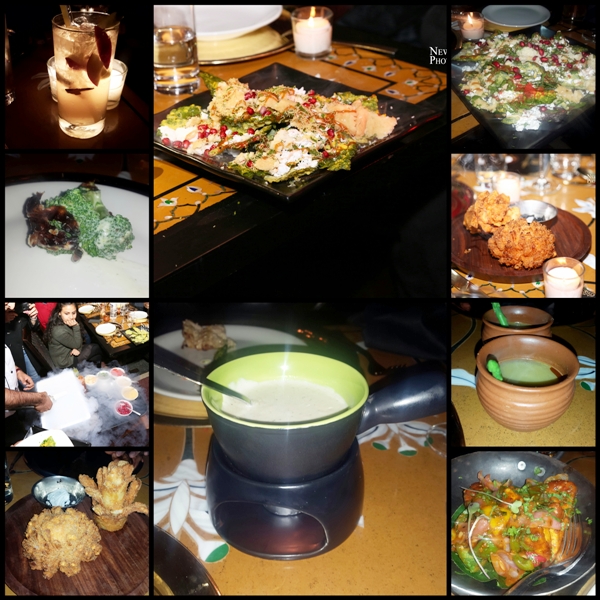 Veda has been in existence since last 10 years , and to sustain and be consistently good for such long period in today’s world is a breakthrough. We were there to celebrate the 10th Anniversary of VEDA , few days back. To my surprise , it is still flocked by foreigners as it initially was.
The menu was special and very well curated by the Chef. The Litchi based mocktail was a great start to the journey. The Amuse Bouche, a galauti style hara bhara kebab was also well created. We were served the Malai chicken Tikka with cheese fondue which was really innovative as it was perfect for the lovely cold weather. The seekh kebab was fine but a little dry to my palette. Being a hardcore non vegetarian , still I loved the Malai Broccoli and the Paneer Tikka. I really liked the whole onion flower which was like onion bhajjia from Mumbai but a whole onion was batter fried cut in the shape of a flower (a little bland from inside though) Chef promised to work on it by adding some masalas to it and improvise it. The Asparagus Soup was awesome; it was served in an earthern cup giving it an Indian touch. The best was creation of the Nitro Palak patta chaat on our tables itself. It was a show par excellence involving molecular skills. 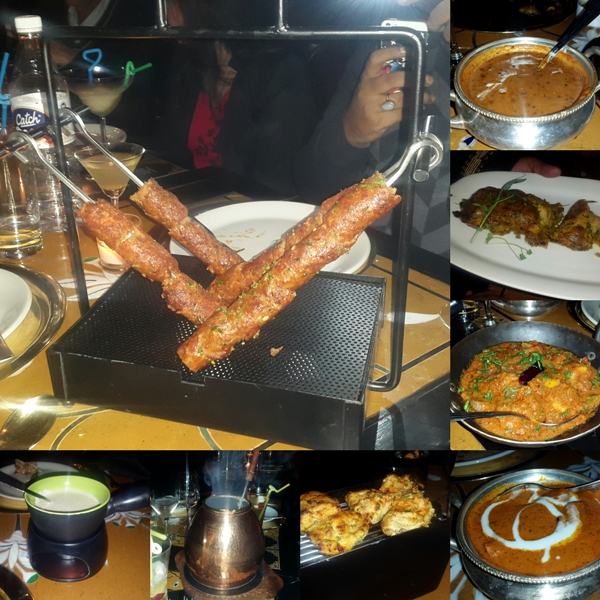 The mains included the all time favourite Dal Veda which is one of the best tasting Dal Makhni served in the whole country. The Mutton Nahari was good and the Raan (leg of lamb) was too good. But, we were almost full by now and were not able to relish anything else properly. There were at least 5 more dishes to be tasted but sorry, I could not and even skipped the Biryani , which was also one of the best as told to me by other foodies.  Still, we enjoyed our desserts and specially the chocolate paan at the end.

Overall, a very beautiful restaurant with the most romantic interiors and the most soul satisfying food, in the whole city. The new avataar of VEDA is a must try for all.