A PIECE OF CHETTINAD IN GURGAON - CROWNE PLAZA TODAY, GURGAON 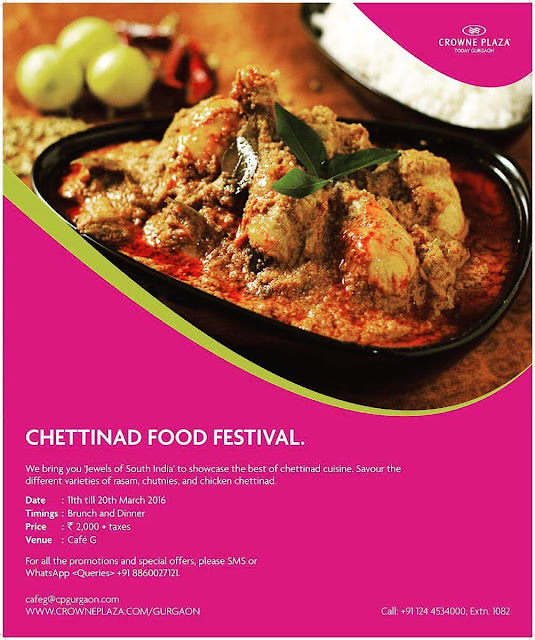 The world of phenomenal South Indian cuisine, Chettinad is a small village in the southern, Tamil Nadu state of  India. Chettinad is known for its culinary delicacies and now is one of the many reasons why people get to know Chettinad. The cuisine is essentially spicy, and meals consist of cooked lentils, Avial, drumstick sambar and ghee for flavouring rice.

Chettinad cuisine doesn't need much introduction… its widely popular and known for its spice indulgence in any curry. Chettinad cuisine, enjoys a special place among food lovers, let it be a normal veggie dish or sizzling non-veg , they always include a radically distinctive blend of spices covering up the key ingredient, which wakes up your taste buds.

Many a times, we have attended food festivals related to this cuisine but this was one of the best which I visited a few days back at Crowne Plaza Today Gurgaon. The Chef was specially flown down from their Chennai property(Crowne Plaza, Chennai) for curating and cooking this wholesome spread from the Chettinad Region. 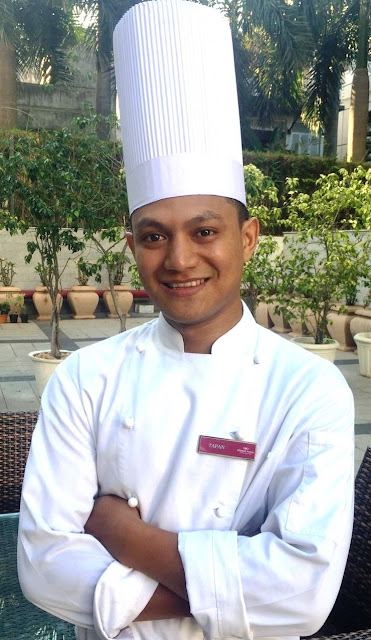 Chef SAMKUPAR WANKHAR or as we know him just SAM is a highly talented guy. Crowne Plaza Today Gurgaon brought us the Chettinad Food Promotion to showcase the best of South Indian Food.  We were lucky enough to explore the true South Indian fare at the festival which ran for 10 days and savored the aroma of southern spices. He is currently working as Demi CDP in Dakshin restaurant at Crowne Plaza Chennai Adyar Park. An award winning fine dining South Indian Restaurant, an authority of south Indian food in the country, serving food from Tamilnadu, Andhra Pradesh, Telengana ,  Kerala, Karnataka and Pondicherry.


One can start the meal with the special Aaraambam menu (Starters & Soups) which offers Rassam, spinach and lentil patties, Sorrakai pal koothu etc . We continued our journey into this territory by savouring and tasting dishes like Chicken Chettinad to Kari chops masalam karai. My favourite was the Kozhi Sukka Varuval (boneless chicken tossed in red chilly and shallots) and the Kari Kozhambu (lamb simmered in coconut and poppy seed curry). 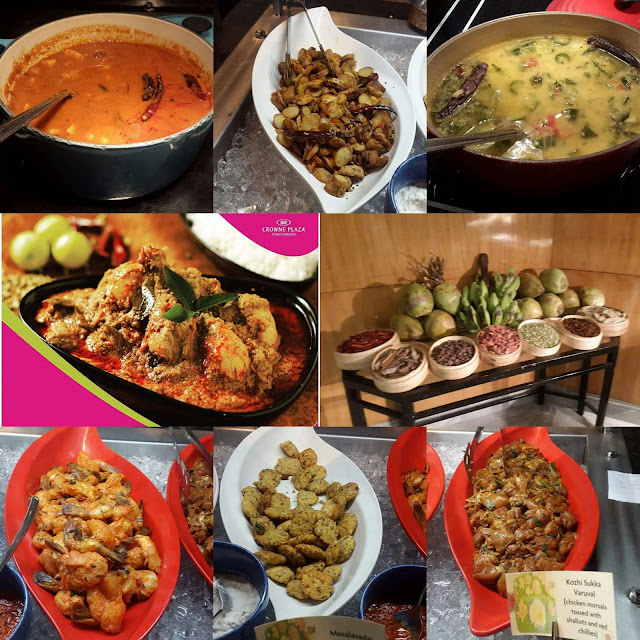