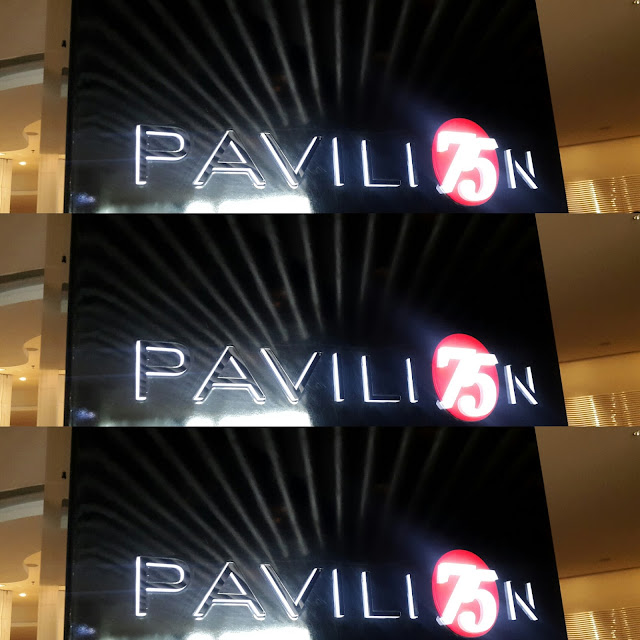 I have visited this restaurant twice and loved it both times.Last time it was a Lucknowi festival and this time on a Sunday Brunch which co-incides with their Dastar - e -Navroz festival. Highly talented Chefs I must say. I met them and got to know about the basics of this unique festival and it's offerings. Persian and Afghan influence on the food during this Navroz festival which marks the New year celebrations of the Parsis. But mind it the food served is not Parsi its kind of inspired from the Persian region and the silk route. 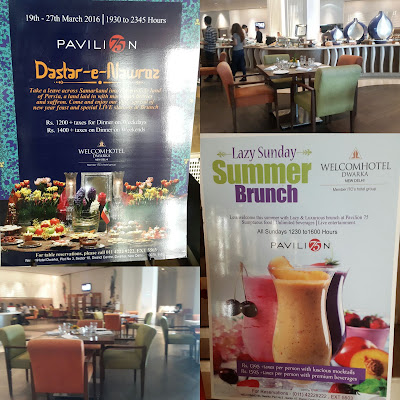 Pavilion 75 is a no clutter, basic restaurant in WelcomHotel Dwarka.  It's also the 24 hours all day dining area for the hotel. Large space gives it a vast look.

As it was a brunch there was a large spread of  dishes. To begin with we started with salads like orange and beet root salad, the terrine was really nice and fresh. The Lebanese dips like hummus and tzatziki were perfectly made.


As we moved ahead we saw bamboo steamers and got a little confused. I asked the Chef why, Chinese and he smilingly told us that due to the Chinese travellers on the silk route the food was also influenced by them. The Ashark or steamed dumplings were good both non veg as well as vegetarian ones. 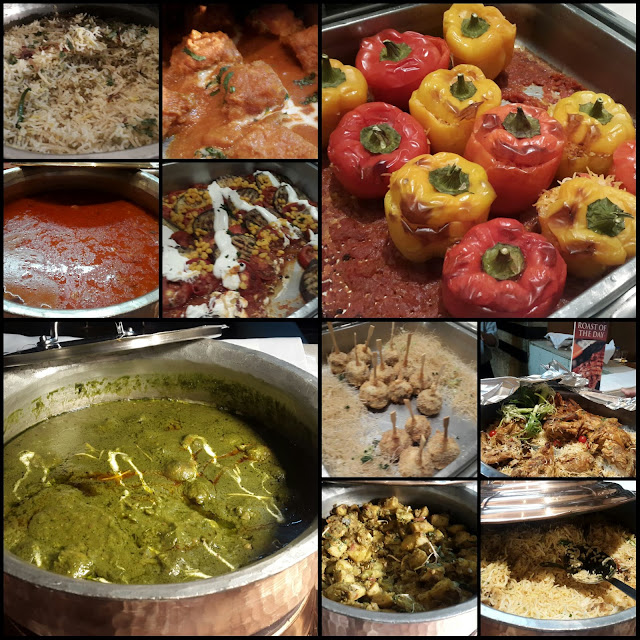 The best was the freshly grilled whole leg of chicken with skin rubbed with minimal spices and marinated in tomato and onion juice only. This was so succulent and juicy it was heavenly I must say. The serving was on a bed of high quality of rice. Mash Pulao was nice it had moong dal in it.
The Kofta in spinach gravy ( Palak Kofta) was good but the Lamb dish was awesome with great flavor of the meat. The Pulao with chicken was just okay. Dolma Murch is bell peppers stuffed with rice and then steamed, it was nice. The Kachaloo burrani which was actually Aaloo was nice too. 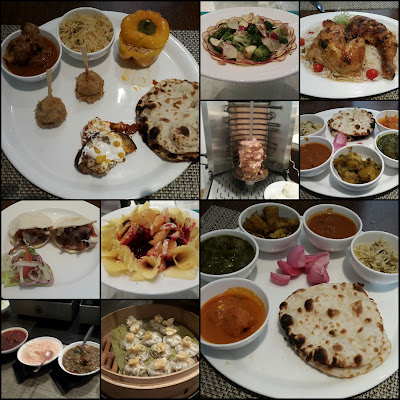 A special counter with Desserts from the region was also done up. It had Baklawas, Semolina cake, Fruit tart, a lovely potion full of dried fruits which were marinated 7 days back in water with a some sweetener and a flavoring (Aft Meva) 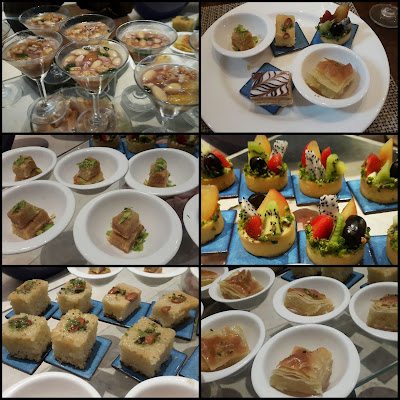 Chef Sanjay Bahadur is a pastry chef but his inputs in this festival are remarkable. As he has stayed for more than a year in Afghanistan and nearby, he has a strong influence on his cooking skills.

ITC hotels Welcomgroup will never disappoint anyone when it comes to traditional flavors.
I am going back again to taste more dishes from the Navroz menu soon.