MADE IN PUNJAB - REBORN WITH #PUNJABINEXT MENU

As part of it’s converted culinary experience, Made in Punjab, the multi-award winning, critically acclaimed, smart-casual concept under Zorawar Kalra’s Massive Restaurants umbrella, today announced the launch of it’s new menu. Incorporating a fine balance between earthy-rustic and modern-chic, Made in Punjab endeavors to offer a contemporary culinary experience, retaining the cuisine’s traditional essence, taking the legacy forward as #PunjabiNext.

Speaking on the occasion, Zorawar Kalra, Founder and Managing Director of Massive Restaurants Pvt. Ltd. said, “Representing over 5000 years of culinary heritage, Indian food is one of the oldest known cuisines in the World. Since its commercial proliferation and representation in India and more so, overseas, Indian food has come to be synonymous with Punjabi cuisine in its numerous hues. With the launch of Made in Punjab’s new menu, we are earnestly endeavoring to offer our patrons traditional flavors of Punjab, while also showcasing the vibrancy of its people and their zest for life.” 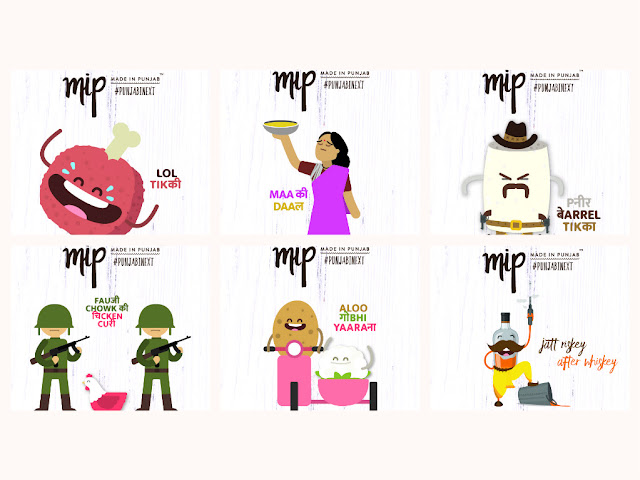 At the glamorous evening of food and drinks, guests immersed themselves in the culinary legacy from regions of Amritsar, Patiala, Lahore, Rawalpindi, Peshawar, among others. Dan Jones, brand ambassador of USL-Diageo Reserve served creatively titled, exquisite cocktails paired with delicious hors d'oeuvres. The LOL Mary paired with LOL Tikki, a 6 hour-slow preparation of cooked leg of lamb patties in mint & tomato, the Gold Fashioned with Nalli Hard Kaur, slow braised kid lamb shanks in onions & yoghurt and the Kalmi Down paired with Kalmi Kebab, a tandoor roasted bone chicken leg in double malai marinade were some of the innovations on showcase from the new menu.

#PunjabiNext Punjab, the land of Five Rivers, since time immemorial, has been blessed with rich fields, farms and a natural legacy most sought after. It is this land with an addictive spirit of celebration, forming the erstwhile Kingdom of Punjab, that gave birth to one of the most adored cuisines in the World. Such is the reputation of the cuisine from Punjab, that not only has it become synonymous and representative of Indian food, no restaurant menu serving Indian cuisine is complete without having atleast a few dishes from the region. With negligible written records on early Indian food and research, thereoff, on the cuisine over the past few decades, has led us to believe that somewhere during its proliferation, the real taste of Punjab became lost its essence and authenticity showcasing the vibrancy of the region. The menus became uni-dimensional, with not much scope for change, incorporating extensive local influences to suit the palate of the region. With the aim of showcasing the true flavours of this ancient, farm rich land, unified under the rule of Maharaja Ranjit Singh, Made in Punjab endeavours to imbibe and present its true culinary legacy. Incorporating some lost & forgotten recipes from households and dhabas of Punjab, striking a fine balance between earthy-rustic & chic-modern, Made in Punjab endevours to offer a renewed culinary experience through its menu, taking the legacy forward as #PunjabiNext. 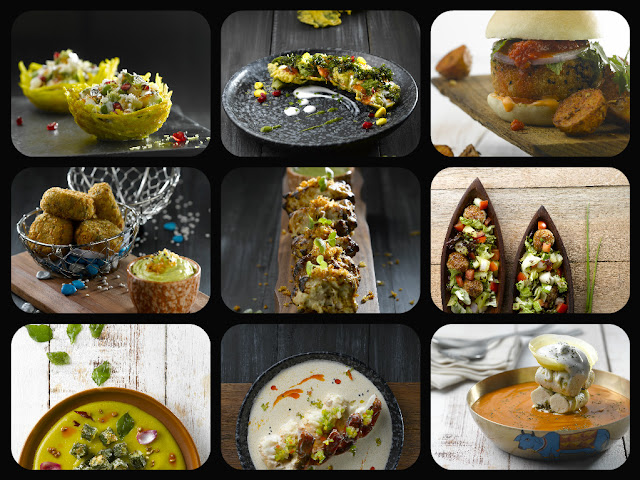 The culinary philosophy adopted at Made in Punjab is based on offering a balance between favourites as well as cuisine from the pind, showcasing dishes from the dining tables of Punjab, mother’s recipes and highway dhaba specialities, preserving original, traditional flavours of each dish on offer, while seamlessly amalgamating the spirit of celebration of its people. The idea being of reconnecting with our roots, reminiscent of the rustic-earthy experience coupled with a quirky take on traditional classics, for the guests to enjoy a first-hand experience in true Punjabi style & giving a peek into this celebratory culture. It is here you will find dishes such as maa ki dal, changa burger, LOL tikki, luxury bc..!! (butter chicken), nalli hard kaur, barnala town fish curry, goushalla di kulfi, among many others.

Regarded as ‘the Prince of Indian cuisine’, Zorawar Kalra, after the successful exit from his maiden venture credited with introducing one of the most awarded regional cuisine restaurant concepts in India, launched Massive Restaurants Pvt. Ltd. in December 2012. Massive Restaurants, spearheaded by Mr. Kalra and mentored by his illustrious father & Czar of Indian Cuisine - Jiggs Kalra, was established with an aim to develop India’s premier brands of restaurants that specialize in targeting all segments of the market, while showcasing the evolution of Indian cuisine and putting Indian food on the global palate permanently. The Company currently operates under four critically acclaimed, award winning brand verticals of premium Fine-Dining Restaurants with the signature Masala Library by Jiggs Kalra, the Smart-Casual Dining Restaurants with the brand Made in Punjab, the modern Indian bistro concept Farzi Café and modern pan-Asian bistro concept Pa Pa Ya. With the launch of its fifth concept – MasalaBar, offering a cutting edge, post-modern, scientific laboratory style Bar experience, Massive Restaurants endeavours to revolutionarise Indian nightlife. Also in works is a new signature gourmet Indian confectionary concept, which will be yet another signature “by Jiggs Kalra” concept to be introduced, shortly.