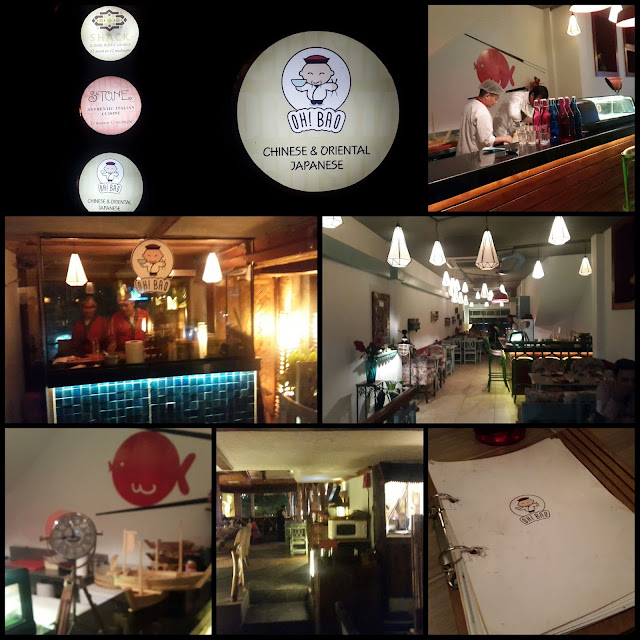 Moets is one of those places where we used to eat when we were young. It has always been so popular among Delhi crowds that it still rocks even after decades of existence.

Keeping up with the times they have added and modified themselves time and again.Recent change is the addition of Oh Bao to its Moets Shack division. The ambience is not very classy, it's done up in a rustic manner like a shack with blue wooden chairs, walls in bright color.

I visited Oh Bao on a week night and it was almost full. We met the Chef, Saurav Bhatnagar who is highly experienced. He has worked with Wasabi at Taj, Sheraton and overseas too. One of the best chefs a standalone restaurant can have.

As per his recommendation we ordered a Laksa soup, Tom Yum soup, Crispy pork Bao and Chicken teriyaki Bao for the start. Amazing I must say, the soups were amazing. Laksa was a meal in itself and was served in a tender coconut shell. The Baos were amazing and full of crunchy salad and meats.
Next was the Pork belly which was just melt in the mouth made in oriental sweet and tangy sauce.
The Wasabi Prawns were amazing and succulent to the core. The robust flavor of Wasabi was coming thru well. 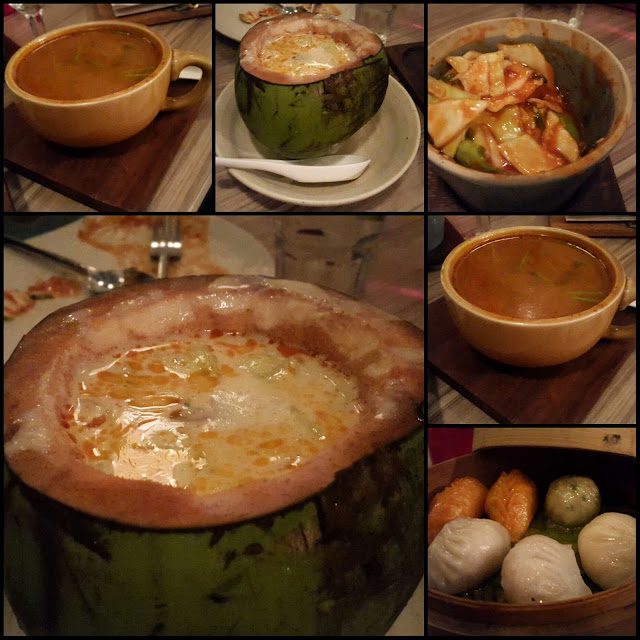 Dimsums like the spicy chicken and the prawns were amazing. I ordered a Sushi platter which was made by the Chef himself. It had Spicy Tuna rolls, Salmon rolls, Asparagus rolls, Sashimi cuts of tuna also the nigiri sushi of crab sticks. It was beautifully served on a wooden boat.

We were almost full and ordered only a small portion of Thai green curry veg with sticky rice. It was amazing and very well made. 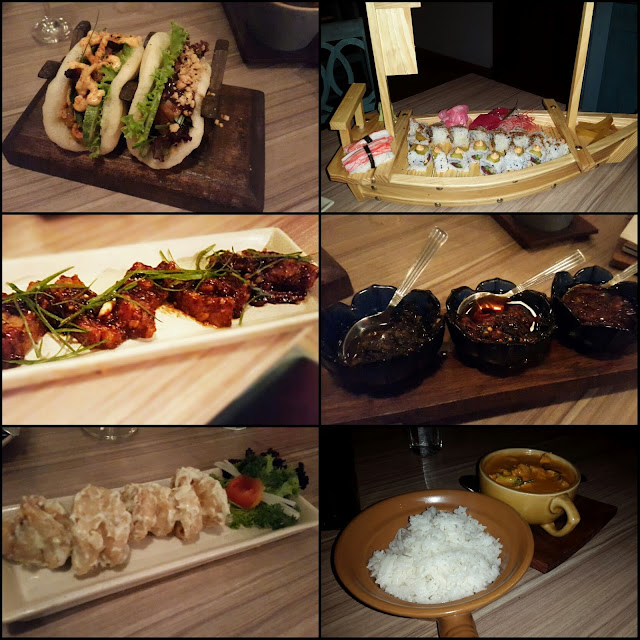 We were satiated by now but the Chef suggested us to try their special Date pancake with ice cream and also the Tiramisu. Though we had only a bite or two of them but they were really awesome and a must have to end the one of most sumptuous meals you can have. 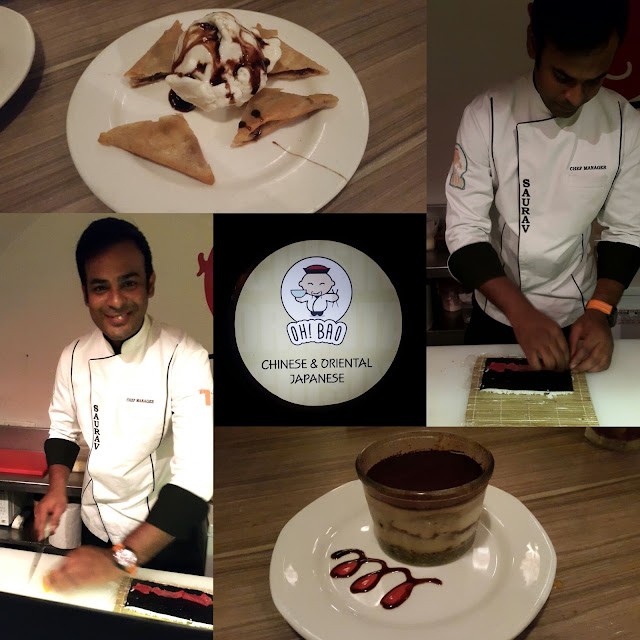 As the setup is lengthwise due to shape of the plot, not too much breadthwise ,the server station is located just next to the guests table which is a real turn off as the servers are standing on your head though not literally. This place also needs somewhat smart and young servers and staffs that can well understand the modern day menu and dishes and also the visiting crowd to serve them actively with a smile. Attitude of the staff matters a lot.

Overall, an excellent place for Pan Asian food where one can go again and again without denting your pockets too much.