An Ode to Nature with Chef Saby @Canada Pavillion - AHAAR 2016


An Ode to Nature

This year Delhi witnessed the 31st edition of Ahaar International, a 5 day annual event organized by the food ministry of Government of India to celebrate all that is in the world of food and hospitality. From natural produce to processed foods, from crockery to glassware and to B2B consumers, everything comes under one roof to showcase the spectrum of this industry. 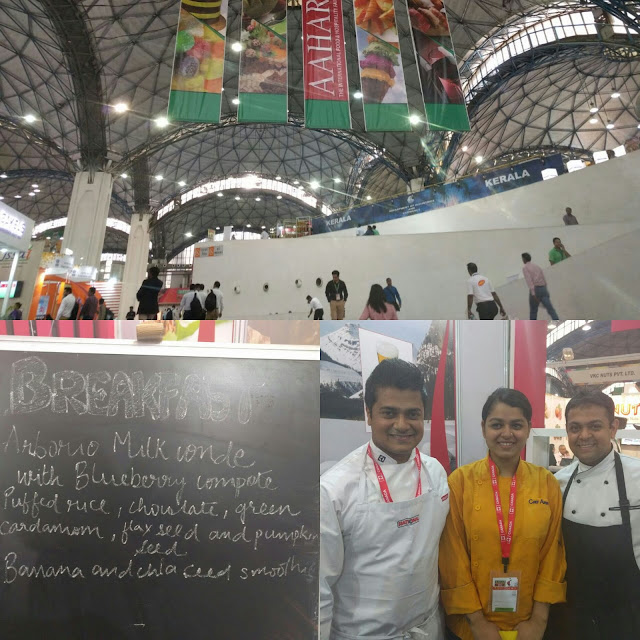 This year, as the festival was in its full grandeur I was invited to visit Canada's Pavilion which was setup with the joint efforts of Agri Foods Canada and Canadian consulates present in Delhi and Chandigarh. With a motive to introduce us to some of the most valuable Canadian produce, a live cooking demonstration was done by renowned-hotshot Chef Sabyasachi Gorai and his team.

As I visited the festival in early hours, they were churning out some breakfast made with the best and most sought after produce of Canada. During this live cooking demonstration we were imparted with an in-depth knowledge about products like maple syrups, flax seeds, pumpkin seeds, chewy cranberries and many more, that are an integral part of Canada's local produce. 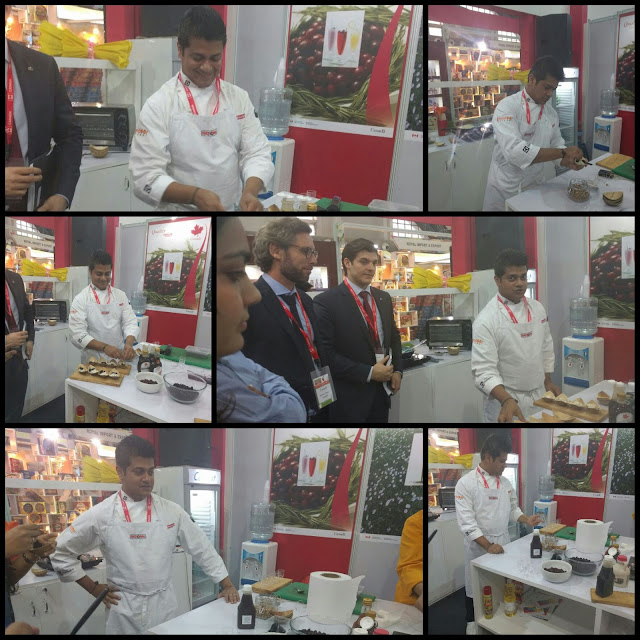 As we were greeted and welcomed by the ever smiling chef, we first tasted two types of cranberries, the fresh ones and other soaked in some apple juice. These were so delectable that one could binge on them all day, we could taste the natural sourness of these berries and through the tasting we were told about its beautiful cultivation process. Next we tasted two types of maple syrups- an amber and a dark. Often when we are introduced to an ingredient, we barely put an effort to know about its birth or origin. Trust me, when you get to know the story behind an ingredient, its value and the joy of using it increases by multi-folds.

Next we tasted a Banana and Chia Seed Smoothie which was so refreshing and sweet. The dish that stole the show was Arborio Milk Conde with Blueberry Compote. Arborio rice was cooked slowly with milk and sugar, topped off with some walnuts and maple syrup and served with a blueberry compote which is fruit cooked in its own juices and it was spiced with mild star anise. The combination was so exquisite; it was like the best of nature's on a plate. The last on the menu was some Puffed Rice, Flax Seeds and Pumpkin Seeds, coated with chocolate, flavoured with a hint of green cardamom and dusted with castor sugar. 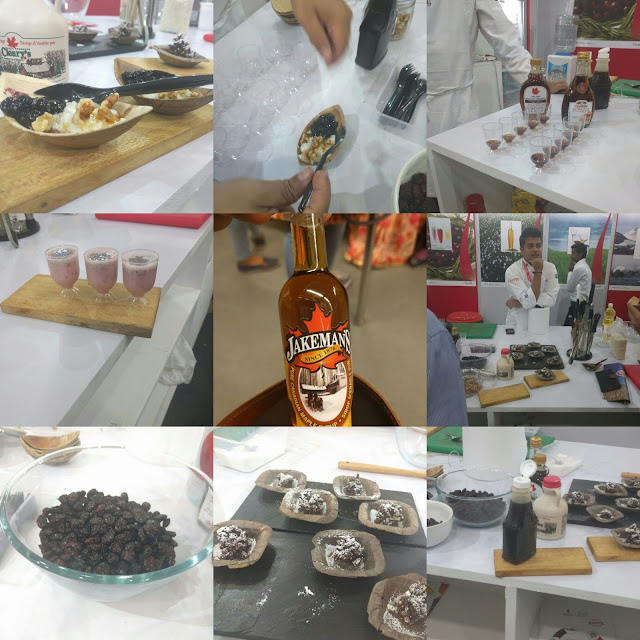 More than a tasting session, it was like a learning experience about the amount of time, effort and care that goes into growing and nurturing the ingredients we use. With every step of cultivation comes a story, a history and we should cherish the nature's valuable produce. When we say that quality comes at a price that is because so much has been invested to deliver you the perfect ingredient for your kitchen.

Value it. Cherish it.