COOL IT OFF WITH KEVENTERS 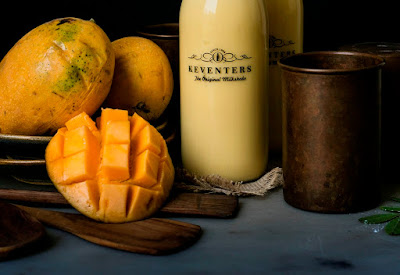 When we think of milkshakes a name that immediately pops up in our minds is Keventers. The name has become synonymous to milkshakes and is a pit stop for the perfect thirst quenchers packed with oodles of fresh flavours and the goodness of milk. Interestingly, there is a story behind these frothy milkshakes and the iconic, wide mouth glass bottles which many of us don’t know.

It goes back to 1925, when Edward Keventer, a Swedish dairy technologist, established his private limited dairy company in India. Following this, Keventers slowly started emerging as a prominent Dairy Industry in India. The rapid expansion of the business was followed by the establishment of branches in Aligarh, Darjeeling, Calcutta, Shimla and later in Delhi. Simultaneously, they also imported and sold dairy appliances, including the well known Alfa-Laval cream separator, a boon to the thousands of dairymen who had previously no mechanical means of separating cream from their milk. 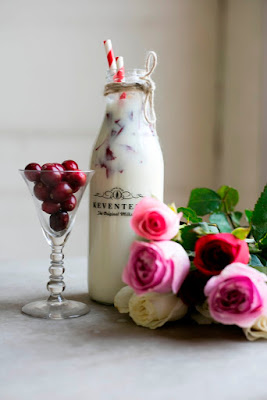 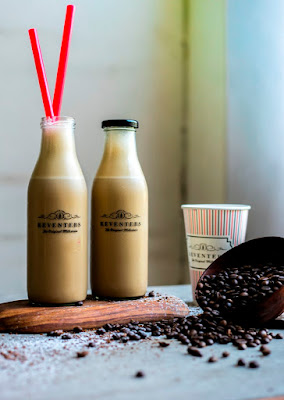 By the 1940's, Ram Krishna Dalmia acquired the Keventers dairy project and a company was created by the name 'Edward Keventers Successors'. After this point, things began to escalate quickly. As the city of New Delhi grew and changed, so did the area of Chanakyapuri, in which the factory was located. It became a prime diplomatic area. Keventers therefore was no longer allowed to run its dairy factory there.

With water droplets forming over the bottles and red and blue aluminium foil caps, this nourishing produce used to arrive fresh every morning. By 1960's, the name of Keventers soon became the most loved and trusted in Delhi. But the proud dairy of Delhi which had been carefully planned & located next to its market was forced to close its door. 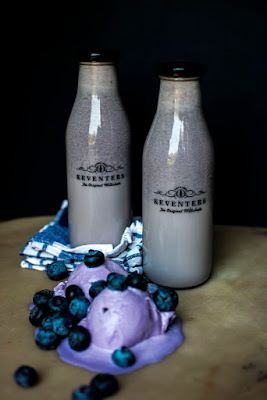 Now, coming back to the present day, we visited the Keventers outlet, located in the DLF Mall of India, Noida. Placed carefully in the food court, the place attracts hundreds of people; you can see for yourself, enthusiasts waiting in queue just to get a bottle of their favourite milkshake.

Like an ode to summer they have added four fruitilicious shakes to their menu- blueberry, raspberry, mango and strawberry. Mango being a common flavour, we went for the raspberry and blueberry, with just a sip you could make out that it was not artificial flavouring but real fruit pulp that was blended with milk. Packed with the flavour of fruit these were as fresh and fruity as they can get.
Then we tried a Mint Oreo Crumble Thick Shake, crunchy sweet Oreo graced with the freshness of mint, it depicted a perfect balance of flavour. To cut the sugar rush we lastly decided to try their cold coffee and we were so glad that we did, it was a little bitter and pleased our palate by cutting onto the sweetness.

As said that love for some things can never turn old, we all cherished those bottles that we got to keep. For some reason it makes for a much loved possession. Currently, the brand has 5 franchisees and is looking at adding 10-15 more every month. The aim is to open about 1500 units. The model that has been set up is very economical with low capital investment and high margins. Keventers outlets are at Select City Walk, Dlf Cyber Hub, Epicuria, Pacific Mall and they will soon be opening at the Ambience Mall and Connaught Place.

Till then, slurp slurp !!