Witlinger brings a legacy of 130-year of traditional brewing heritage, knowledge, and expertise from United Kingdom. The brand’s Wheat Ale beer is India’s first and unique category of wheat beer created with a sole idea of providing the Indian consumers with premium quality craft beer. It is a refreshing wheat beer with a lingering taste of orange zest and spices. It is cloudy and partially filtered and has fruity flavors making it easy to drink beer any time of the day. The crisp beer is brewed with mix of wheat and malt and using traditional Ale yeast. They recently launched bottles of Witlinger Wheat Ale and Witlinger Lager in major markets in India. 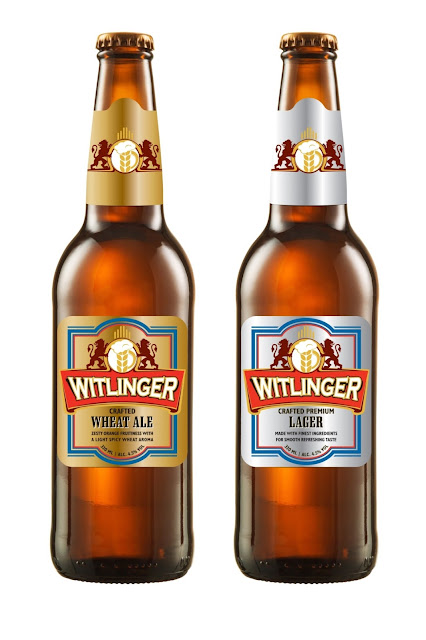 I loved the taste and zing in the Witlinger , the zesty citrus orange flavor and the body of wheat with a malty sense to it. It is a great beer which can be had anytime of the day. The unique taste of the beer does not match any beer I have ever had till date. Its full bodied and zingy at the same time. The spiciness gives a kick to the flavor and takes it to a new level.

Kaama Impex received pre orders of over 10,000 cases (GMV USD $ 5, 50,000) just from Delhi market even before the official launch of Witlinger bottles. The beer is already is big hit in major bars, restaurants, clubs, 5 star hotels and cafes including Beer café, Warehouse, Townhouse, Open House and Lord of Drinks to name a few.

With a strong presence in Delhi and Goa, the company plans to reach out to Mumbai, Bangalore, Chennai, Pune, and Chandigarh markets in a strategic manner by the end of 2016. The company plans to sell 5 lac cases by end of 2017 and then bringing the Witlinger taste to Tier 2 cities in next 2-3 years. The company also has another revenue stream and is exclusive importers and distributor of other beer brands like Sol, Magners, Charger, Heverlee, Monin, and Fever Tree tonic water in India.

Craft Beer is known for its smooth flavors and that’s what Witlinger is , and with the change in trend from Coffee meeting to Beer meetings Witlinger is marking new millstones. With its ever so Adventures flavors its catering to all most all the segments of beer drinkers The beer was first launched in Kegs in 2014 and after the launch of Witlinger Bottles very recently, it has started a new journey. Due to huge growth and demand, they are in for a big time high tech Brewery in the country.

Anuj Kushwah is the Managing Director and founder of Kaama Impex Pvt. Ltd. His love for beer and drinks made him move from England countryside to the hustle and bustle of India and share his passion with emerging Indian alco-beverage market. Kaama Impex Pvt. Ltd began its operations in India in Jan 2010 and launched India’s first crafted beer, Witlinger in July 2014. 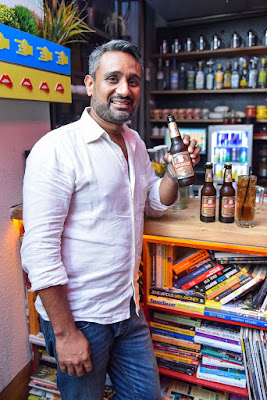 During his stay in UK, he developed a great taste of authentic craft beer. When he returned to India, he was searching for an authentic craft beer taste in India. So his quest of finding the real beer taste led him to create the brand Witlinger and offer a unique taste of wheat beer to Indian consumers. The idea behind the brand is to offer real, honest, and premium craft beer experience at attractive price.

An MBA from London in International Trade and Finance, Anuj successfully ran financial consulting firm in UK before starting Kaama. He understands dynamics of both Indian and Western markets and enjoys good relation with clients and supplier. He is technology savvy and works on new innovative ideas that can help to process the business information efficiently.

Witlinger beer brand, the brainchild of Anuj is created with a sole idea of providing the Indian consumers with varied and premium quality craft beer. Taking inspiration from the vibrant UK craft beer scene, Witlinger is the first crafted beer in India brewed by Master Brewers at Brains Brewery in Cardiff, United Kingdom.

Industry Snapshot: With the changing lifestyle and alcohol consumption pattern, Indian consumers are ready to experiment with the beer taste. Indian premium beer industry is set to grow in double digits year on year with craft and premium beer will share the biggest chunk of this growth. The idea of drinking beer is changing with the fact that now people are going for craft / premium beer rather than having a high intensity mass produced Beer brand. The beer lovers know their taste and they understand the value of good authencity produce and are happy to pay little bit extra for a good beer. However Indian beer industry is still in early stage with per capita consumption as low as 1.6 ltr as compared to 55 ltr world average. India offers huge growth going forward and reports suggest it will be one of the biggest beer industry in the world. Beer growth is hampered in India due to strict distribution laws and government controls however this is set to change with growing consumer demands.
Craft Beer today is driving the maximum growth of the entire Beer industry in India.
With This Kaama Impex launched India’s first Craft Beer Witlinger and with the recent foray after leverage from word to mouth publicity because of the taste and quality they have hit the market with unexpected sales.