KASHMIR FOOD FESTIVAL - CUISINE OF THE HEAVEN AT CARAWAY, THE GRAND 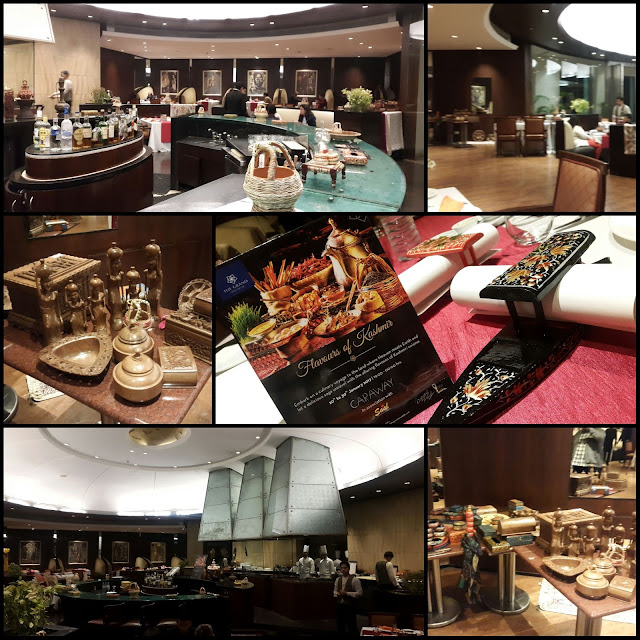 Kashmiri food that we have today in the restaurants has evolved over the years. Highly influenced by the traditional food of the Kashmiri pundits, it has now taken some of the features of the cooking style adopted in Central Asia, Persia and Afghanistan. Kashmiri food makes an extensive use of turmeric and yoghurt. Superb preparation and fabulous aromatic flavor of the Kashmiri food is so alluring that even those who are not feeling hungry end up yearning for more. Kashmir’s cuisine is unique not just in terms of spices – in particular fennel, asafoetida, cardamom, and Kashmiri red chillies – and the resultant blend of flavours, but also in terms of the constituent elements that form the core of a dish.  Most of these vegetables and grains are local to the Valley and surrounding areas.
CARAWAY, The Grand , New Delhi has been consistently carrying out such specialty food festivals and giving the best to their loyalists. Ongoing Kashmiri Food festival has been curated by the best in trade I  must admit, Mr. Sunil Tickoo ( SAAL, Flavours of Kashmir) in association wih the talented chefs at the hotel. 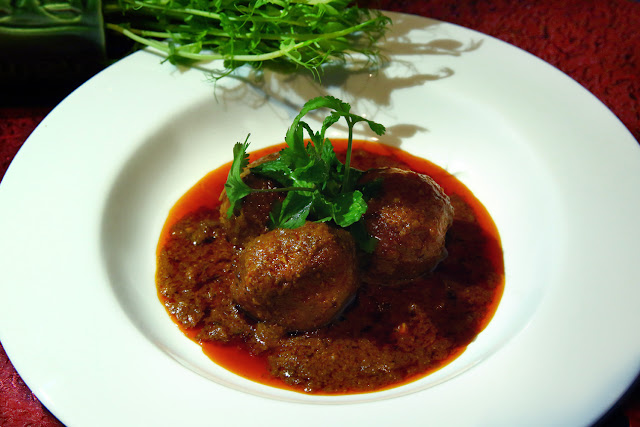 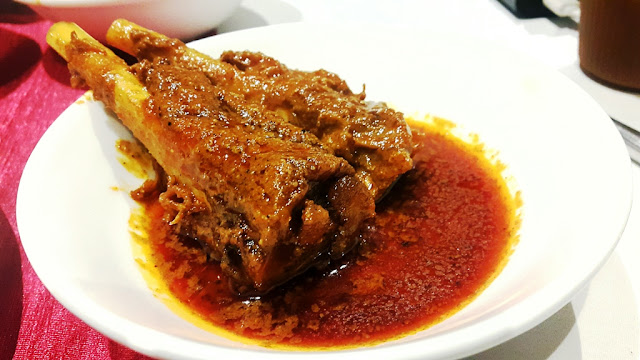 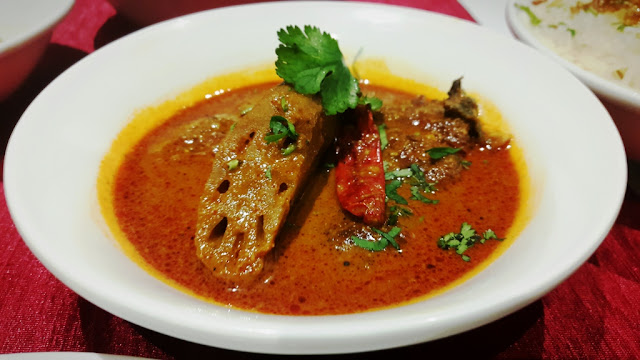 It is the act not just of consuming the food, but also of sharing in the traditions, flavours, and memories that go into the making of this delectable cuisine.
Whatever, we savoured on our visit to this festival will always remain in our mind as it was one of the best meals which can be created and relished. Starting with Kehwa and moving onto the palate cleanser or the Amuse Bouche “Var’ which is a mild dish cooked with rice and other ingredients, subtle flavors. 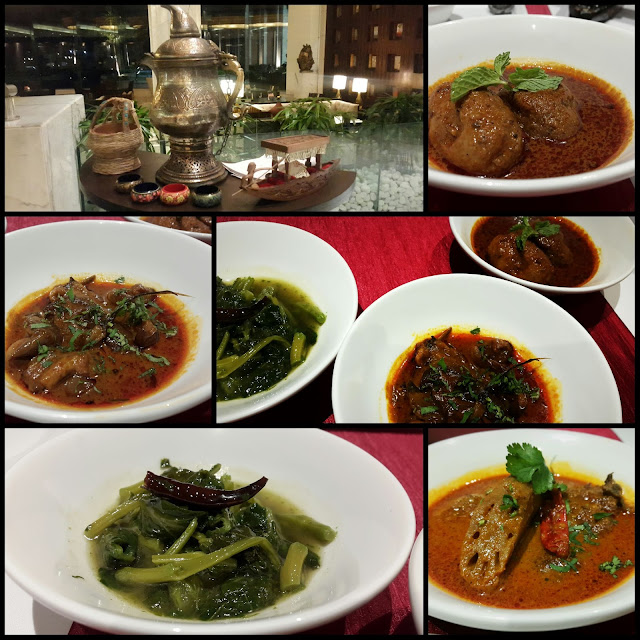 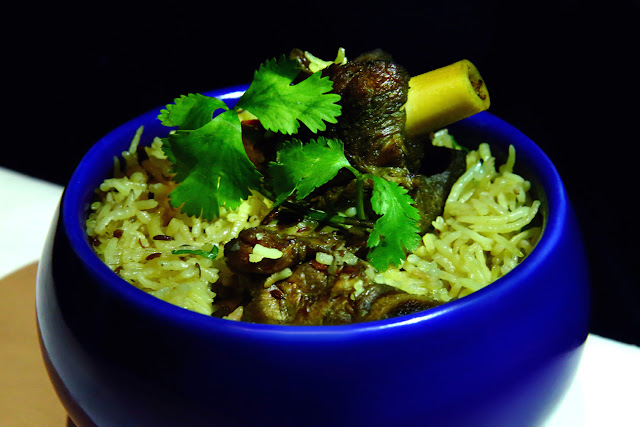 I was excited to try the starters and the wait for worth it. Tabak Maaz (kabrgaah)( Ribs of lamb), Nadru Shami (Lotus stem) as well as the Bedhyan Chicken Tikka was so good, I am still drooling.

The main course was a great spread including both veg as well as non veg dishes. Starting with Haak  (green leafy vegetable), Dum Aloo, Chok Vangan (Aubergines) to Rogan Josh (Lamb Shanks), Rista (meat balls) and the Mutton Pulao were just amazing. Each and every flavor was clear and transparent on the tongue. One could very well taste the whole spices and the saffron and the turmeric in most dishes. Steaming cups of Kehwa, or spicy Kashmiri tea, flavoured with cardamom, cinnamon, and chock-full of almonds, warmed us and helped us wash down the meat and other dishes very well. 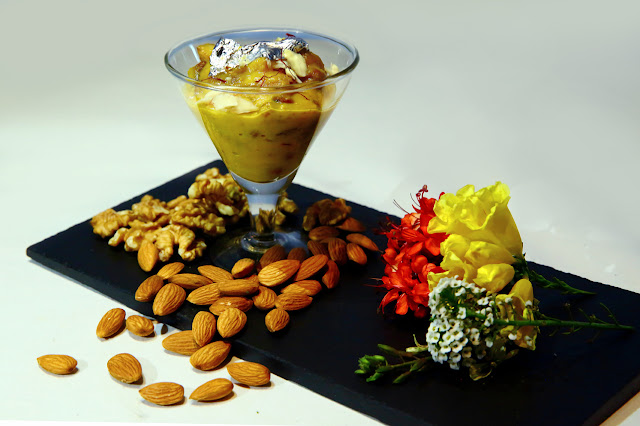 Our unforgettable meal ended on a sweet note with “ Shufta” which is a classic Kashmiri dessert with ingredients like bits of cottage cheese, coconut and dried fruits smothered in rich and sweet buttery sauce delicately spiced with  cinnamon and other spices. Also the “Phirni” was served cold and tasted heavenly.