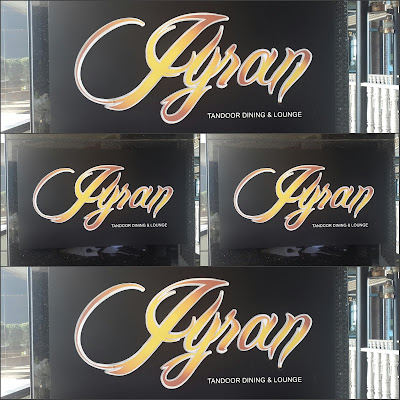 8 years back I have had the chance to savour Awadhi delicacies by Chef Mujeeb-ur-Rehman at a leading five-star hotel in Mumbai. So when I was invited to savour his Kashmiri delicacies, I just couldn’t say no. The evening was not just about flavours of the Valley state but also a discovery and history of the rich Kashmiri cuisine.

Chef Rehman is a descendant from the cooks of the royal family in Lucknow. Cooking is in his blood as he has grown up watching and getting trained from his Grandfather. His philosophy has always been to learn the history of whatever he serves and know exactly why a few ingredients have to be used in tandem with the others. He has always been a follower of old school and does traditional recipes like no one else. Slow cooking and authenticity has been his forte throughout because he doesn’t want to do fusion cooking on an ad hoc basis but with proper research and experimentation.

This time he has come up with the best of Kashmiri cuisine at one of the most luxurious property, SOFITEL BKC, Mumbai.

We started the meal with Kukur Rass, a mildly spiced chicken soup, which was perfect to kick start, our appetite for more. This was followed by a variety of starters, Tsaman Warimasala Tikka- Cottage Cheese Marinated with Hot Spices and Cooked In A Clay Oven, a very interesting Khubani Kababa Apricot Stuffed, potato cake and Wazwani Aluv Tukri- Chili Yogurt Marinated Spicy Potato this was a winner for me out of all the veg starters.  The Kukur Lebabdar Tikka tasted like a regular chicken tikka, the Maaz Shammi was melt in the mouth and the Maaz Seekh Kebab was succulent and flavourful. 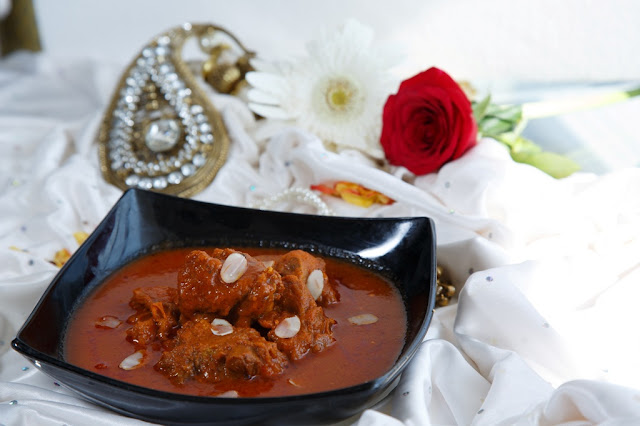 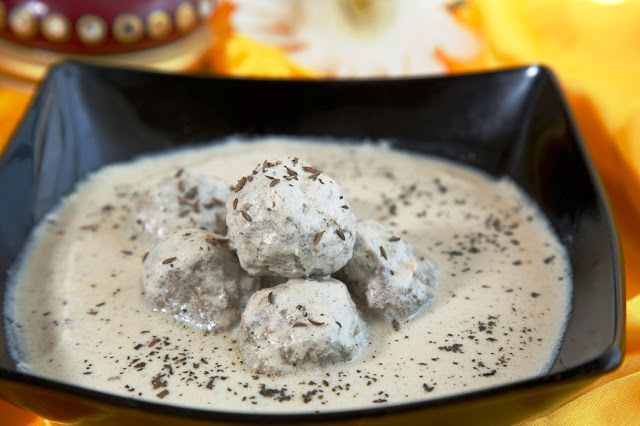 Next was a delightful spread of Kashmiri dishes like Muttur Tsaman (Cottage Cheese Simmered with Exotic Fresh Peas Gravy which had green gravy with a hint of saunf that gave a unique taste. Lotus Stem is one of the most important ingredients of Kashmiri cuisine and the Nadur Yakhni had rich yoghurt gravy. The meal is incomplete with the traditional Kashmiri Dum Aluv, but it had thicker gravy as generally Kashmiris make very thin gravy of it.  We also tried non-veg dishes like the Kukur Dhaniwal Korma- again a green chicken cooked in yogurt and the Gushtaba along with Zaffrani Kukur Palao. Baqurkhani –White flour bread, dough prepared in milk dash of sugar with topping of poppy seeds was a winner all the way. 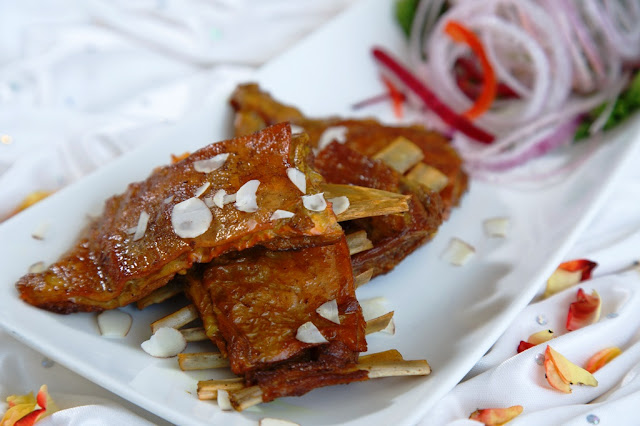 After such a rich meal there was no room for desserts but we couldn’t say no to Shufta-Cottage Cheese and Dry Fruits Halwa the tinge of honey and sugar syrup with dry fruits was a delight. The perfect ending to the meal was with Chilgoze Piste Ke Phirini, just rightly flavoured with Saffron. 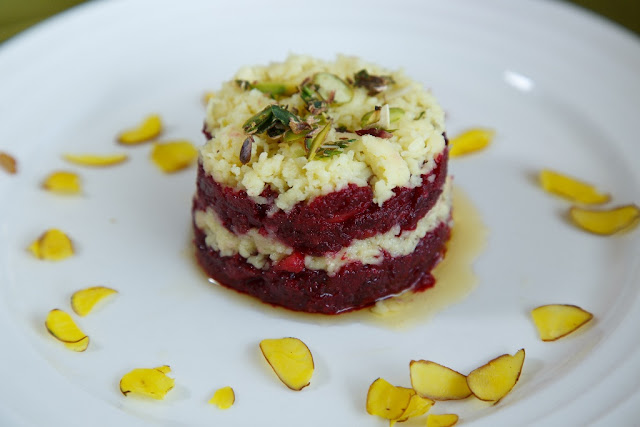 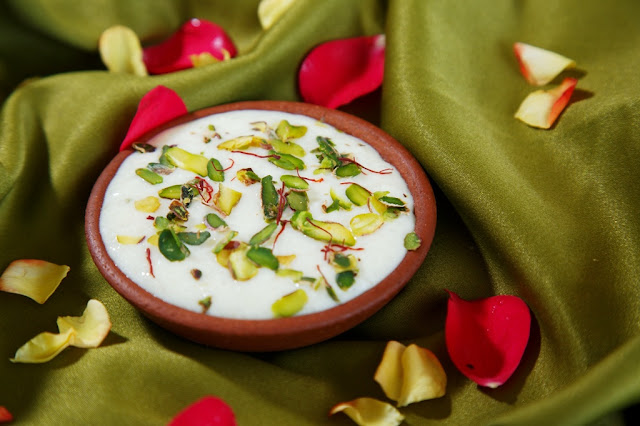 A descendant of Khansamas of the Wajid Ali Shaha era, Master Chef Rehman said, “We tried to maintain the essence of the Kashmiri cuisine but we do have to tailor make the menu according to the local tastes and the in-house guests.”

Take your pick between the bright ambience indoors and soft romantic ambience outdoors, just the perfect weather to savour the finest royal delicacies from the lush valleys of Kashmir.

Review By : Jyoti Narang Watchmaker for Foodmaniacs
Inputs and Compilation By : Vickrham (vicky)