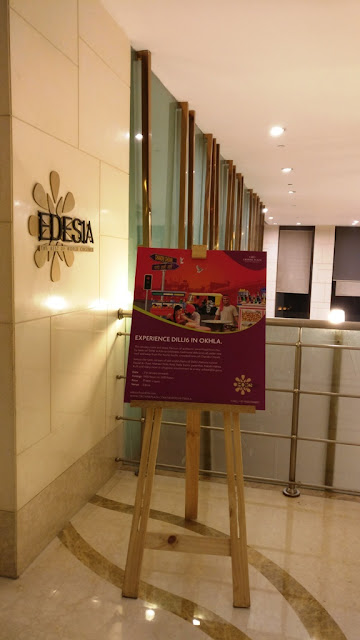 Every street and lane of Delhi is infused with a history of gastronomic charm, offering the flavors of heritage, tradition and a passion for food that has been crafted over eras, across borders and in the hearts of Dilliwalahs.

Who does’nt love to have the street food in Delhi? Sorry, but I don’t know even a single soul who will say no to it. But sometimes the hustle bustle and the traffic and parking issues create a bottleneck for all of us. But let’s not worry as Crowne Plaza Okhla, New Delhi has brought everything from the by lanes of “Dilli 6” like the Paranthas from Paranthe wali gali, Matra Kulcha, Shiva Lal ke Samose and Kachori, Delhi 6 Chat, Sadar Bazar ke Chole Bhature, Prem Matra Kulcha and much more. Even the Non-Veg fare which has been curated and cooked by the hotel chefs is awesome. The Mutton Nihari,Chicken  Biryani , the Mutton Qorma and the Kebabs are done very well. 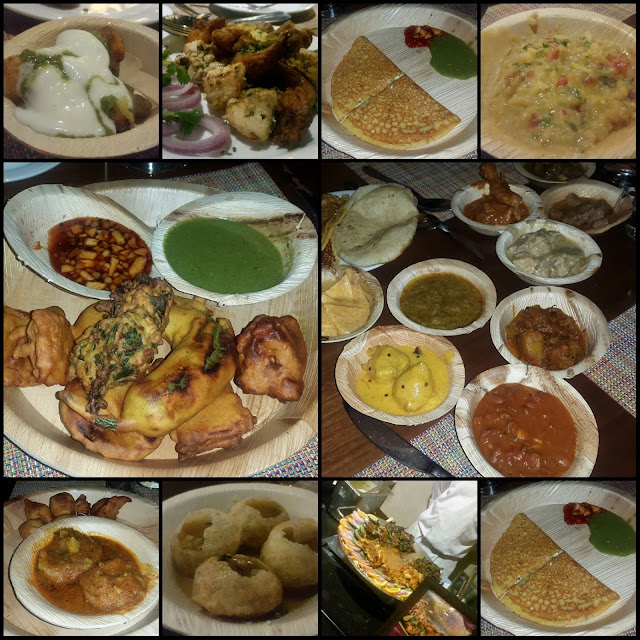 Few specialty items like the Daulat ki Chaat has been directly outsourced from the vendor in old Delhi as making it is a real tricky affair. Also the other sweets like the Karachi Halwa, Sohan Halwa (Ghantewala Halwai) Habshi Halwa ( Jama Masjid ) have been directly brought from the Sweet shops in Chandni Chowk. 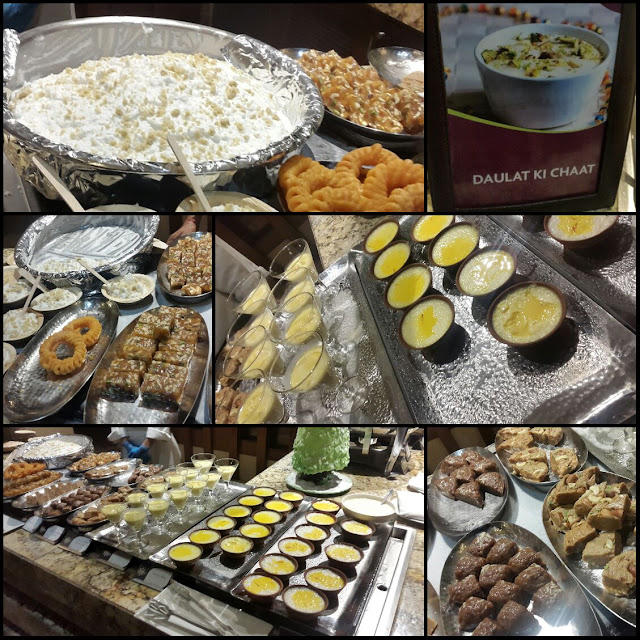 The décor has been done in such a way that it gives a feel of old Delhi, even the songs which are being played are from old movies. The old film posters on the walls and the wardrobes of the servers all give a feel of Purani Dilli (Walled City). The ambience is nicely done with live counters of the dishes. Cutting chai counter, however, is worth mentioning because a “Thela” (pushcart) with a Chai wallah making tea. There were also the jars of in-house made Mathris and Khatai. Also the Saffron infused milk was continuously simmering on a gas stove which is served in a “Kullad” with a dollop of Malai on top of it. 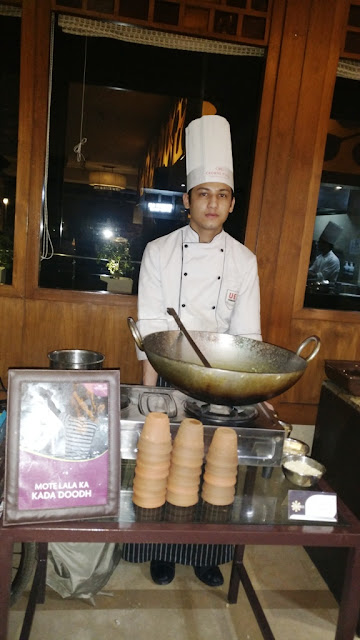 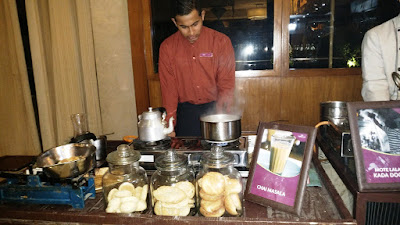 Though the Golgappas and Pakodas could have been better.
Must try dishes are the Aloo ki Tikki, Matra Kulcha, Chole Bhature, Paranthas, Kullad wala Doodh,  Mutton Nihari and of course the Daulat ki Chaat.