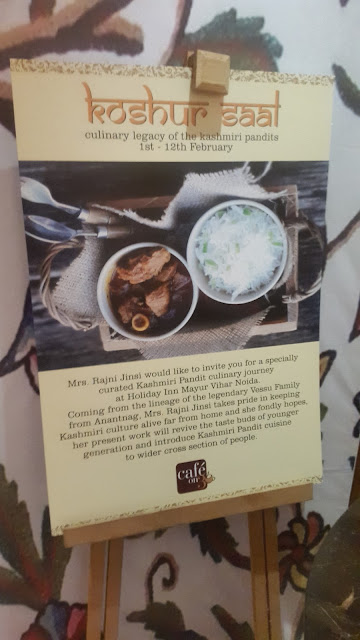 Kashmiri Pandits are the oldest inhabitants of the state of J & K. Through the years many Hindus migrated into the region from other parts of north India. These Kashmiri Hindus have their own distinctive ethnic culture. This defines their lifestyle and cuisine. Kashmiri Pandit cuisine is exquisite and extensive and includes both vegetarian and non-vegetarian dishes.
In her book ‘Multiple Flavours of Kashmiri Pandit Cuisine’, Annapurna Chak writes, “Kashmiri cuisine has evolved over years. The first major influence was the food of the Kashmiri Pandits, the Hindus of the Valley. The cuisine was then influenced by the culture which arrived with the invasion of Kashmir by Timur from the region of modern Uzbekistan. Subsequently, Kashmir and its food have been strongly influenced by the cuisines of Central Asia, Persia, Middle East and Afghanistan”. 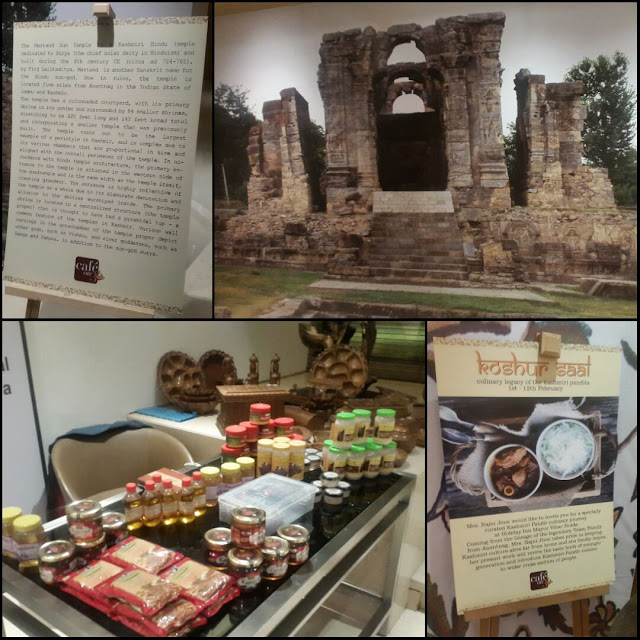 The older generations of Kashmiri Pandits never used onion, garlic, tomatoes, chicken or eggs. Lamb and fish were always a part of their meals. They introduced the extensive use of Turmeric (Haldi), Yoghurt (Dahi) and Asafoetida (Heeng) in their dishes. The Kashmiri Pandits are one of the few Brahmin communities in India who are non-vegetarians, besides Bengali and Goan Brahmins.

Rohu and Trout are the main varieties of fish found in the valley. Lamb takes a lead in this cuisine and is cooked in some form or the other at most meals. The vegetarian fare in the Kashmiri Brahmin cuisine includes a variety of rich curry dishes with Paneer (Cottage Cheese) and a variety of vegetables. Eggplants (Brinjal), Potato, Spinach, Lotus Stem and Turnip are some of the vegetables used most. 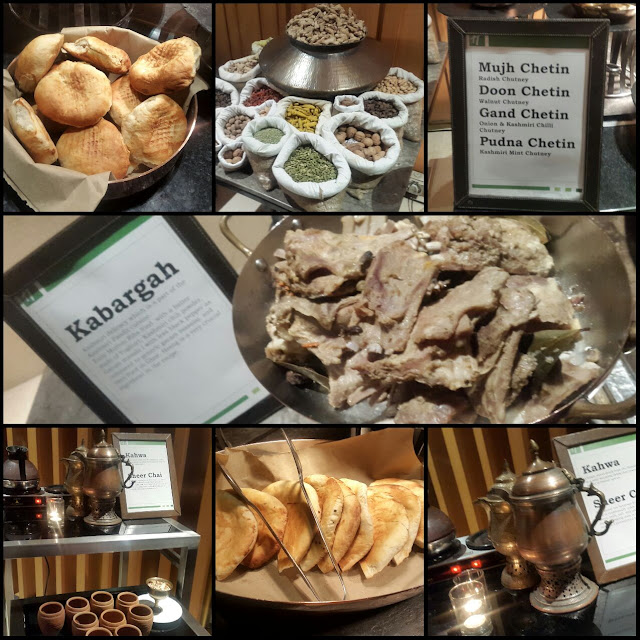 Most women had to master the art of this cuisine; this is why the cuisine showcases grace and has a delicate charm. Traditions have weaved recipes and dishes passed down through generations and ingredients have a purpose beyond flavour.

Holiday Inn, Mayur Vihar Noida, has come up with a Kashmiri Food festival at their All day dining, Café on 3. The Menu has been curated by Mrs. Rajni Jinsi. She was born in Anantnag in the legendary Kashmiri Pandit family of Vessus which was one of the seven Jagirdar families of Kashmir. A post graduate from the University of J&K, Mrs. Rajni Jinsi at a very young age developed interest towards various aspects of Kashmiri Cooking, mainly due to the influence of her mother, Late Mahalakshmi Kaul who inspite of having the services of many Waazas (cooks) preferred to personally supervise all the food cooked in the family’s large kitchen. 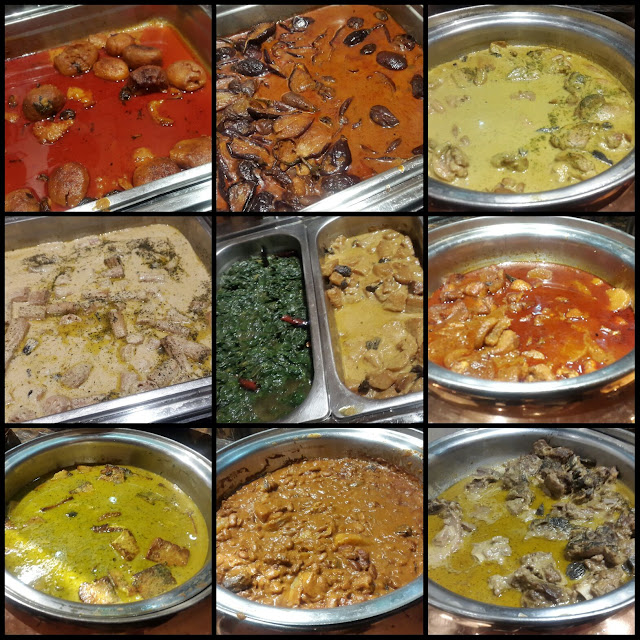 Since Mrs. Jinsi spent a good part of her life in Kashmir, her deep interest in all things Kashmiri, be it culture, lan­guage or cuisine, developed with the passage of time. She fondly remembers that in Kashmir when she was growing up in a traditional Kashmiri home, kitchen occupied same sacred space as the place of worship. After marriage Rajni shifted to Kolkata and was further guided in this art of Kashmiri cooking by her mother in law, Late Gauri Jinsi, who was in her own right a very good cook. 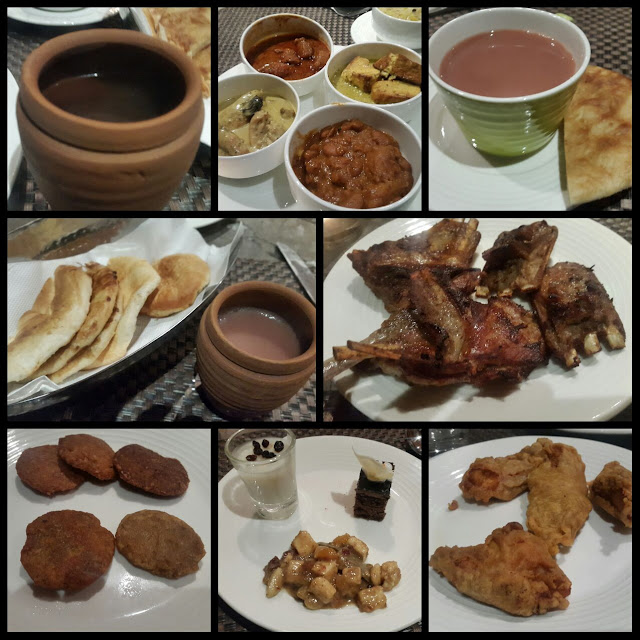 It was a full house at the restaurant and people were enjoying the awesome feast to the fullest. We also had a great time savouring the best of Kashmir in form of Haak (Green Leaves), Dum Aloo (Potato), Rajma (Kidney Beans), Chok Vangun (Brinjal), Nokur Yakhni (Chicken in yoghurt), Tabak Maaz and much more. Each and every preparation was done home style and the highlight was the simplicity of the dishes. Though few dishes were just average, but the amount of hard work and skill involved could very well be seen in them. For the  Desserts we had one of the best made "Shufta" and "Firun" or simply Phirni. 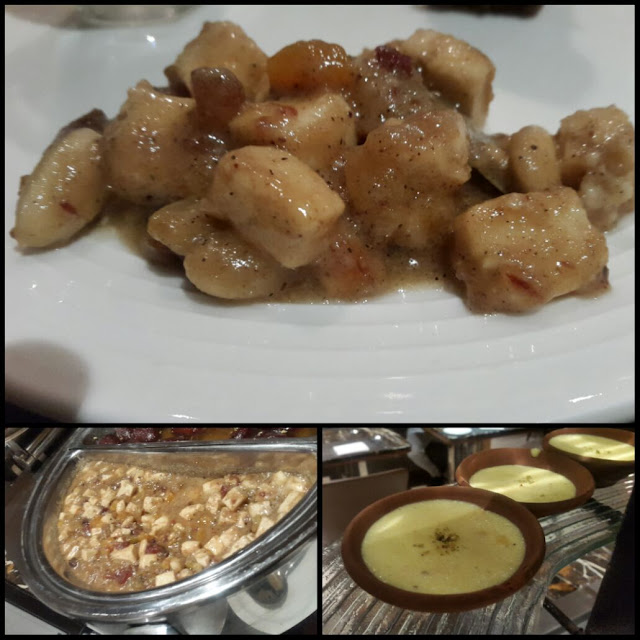 Mrs. Rajni Jinsi takes pride in keeping Kashmiri culture alive far from home and she fondly hopes, her present work will revive the taste buds of younger generation and introduce Kashmiri Pandit cuisine to wider cross section of people. I will surely make it a point to meet her again personally and learn more about her family’s traditions and culinary history which is much vast than the menu she has curated for us.