Vikram K.U from Blue Bar, Taj Palace Hotel, New Delhi walks away with the grand prize of a guided tour to the Jack Daniel and Woodford Reserve distilleries in U.S.A 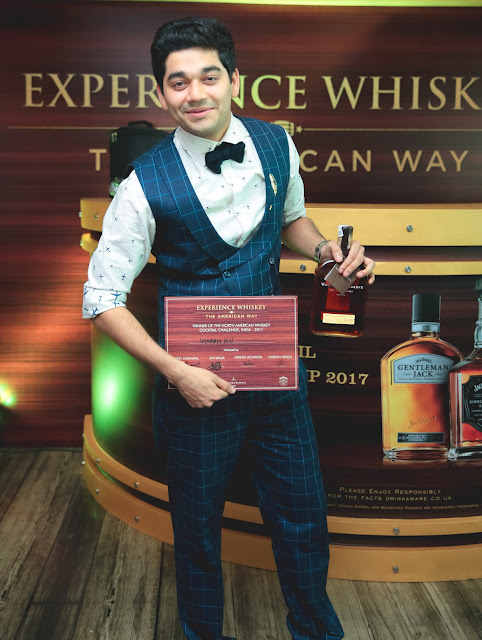 Vikram K.U from Blue Bar, Taj Palace Hotel, New Delhi emerged as the winner of the inaugural edition of the North American Whiskey Cocktail Championship held in India. As the grand prize winner, Vikram will now be going on a guided tour to the iconic Jack Daniel Distillery in Lynchburg, Tennessee and the Woodford Reserve Distillery in Versailles, Kentucky. Vikram impressed the judges with his innovatively crafted recipe “The Amazing Grace” which was made with walnut and fig infused Woodford Reserve, spice syrup, homemade spice bitters and homemade lemon bitter.

Vikram was visibly elated after his triumph and said “I am thrilled to win such a prestigious competition and am really looking forward to visit the Jack Daniel’s and Woodford Reserve distilleries for a glimpse into the making of these fine whiskeys. I have really worked hard and put in a lot of effort in creating my recipe, which is inspired from the inherent flavors of Woodford Reserve complemented by local Indian spices. I thank Brown-Forman for giving me such a great platform and opportunity to showcase my skills." 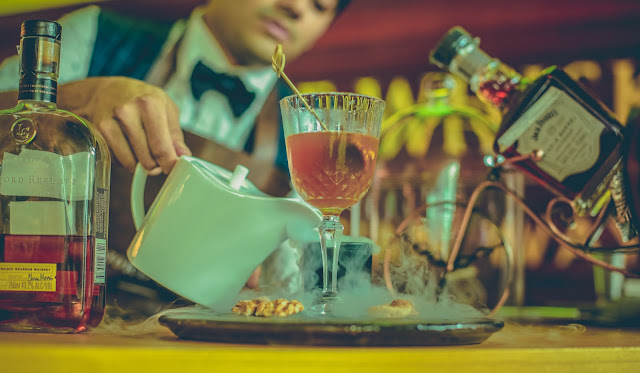 The final 15 participants were shortlisted from across India with representation from multiple cities including Delhi, Mumbai, Pune, Gurgaon, Bangalore and Chennai. All the shortlisted cocktails were original recipes created by the participating mixologists.

The North American Whiskey Cocktail Championship involved a multi-stage selection process. In the first round, participants were asked to submit an original cocktail recipe using Woodford Reserve, Gentleman Jack or Jack Daniel’s Single Barrel, and it saw participation from over 230 bartenders across the country. 89 entries were shortlisted for the second round, which were then judged on the basis of creativity, balance, presentation and consumer acceptance to arrive at the final 15.

Speaking on the championship, Vineet Agrawal, Head of Marketing, India Subcontinent and Maldives, Brown-Forman Worldwide LLC said, “While having whiskey straight up is certainly one of the most traditional ways to consume it, whiskey cocktails have also been a part of popular culture for a very long time. In fact, some references state the classic Old Fashioned cocktail is so old that it was called an Old Fashioned even 100 years ago! As more and more Indians travel the world, they are seeking experiences which are authentic and have a legacy of craftsmanship. The increasing availability of whiskey based cocktails in popular bars in urban centres and key metros are bringing this experience closer to the consumer than ever before. We are happy that we could provide a credible platform for these talented mixologists to experiment and create unique recipes using our American Whiskies and showcase them to a wider audience. We received overwhelming participation from mixologists across the country and are thrilled to see the enthusiastic response from everyone.”

He added, “The jury was impressed with the creativity demonstrated by the participants and the innovative presentation techniques on display. The talent showcased promises a great future for the cocktail culture in India. While it wasn’t an easy task to pick the winner, Vikram was the deserving winner of the first North American Whiskey Cocktail Championship”