The Hotel and Restaurant Association of Northern India (HRANI), has submitted for a One Nation One Hospitality Tax of 12% to the sectoral Working group of Travel & Tourism formed by The GST Council.

HRANI has appealed the working group for the following :

A representation under the signatures of President, Mr. Sanjay Sood was submitted by HRANI. The working group was apprised on the tax incidence in current regime and the increased impact under the GST regime to be effective from July 1, 2017 through a table mentioned as under:-

The document also highlighted the impact of taxes on competitiveness of tourism, it was submitted that most of the nations recognize that tourism is a critical economic driver for the nation. European countries have fostered the growth of tourism by keeping low taxes on this sector as shown in the table given below:
European Countries

The meeting was attended by representatives of other industry associations like FAITH, FHRAI, HAI, IATO, TAAI, TAFI, ADTOI, ICPB, ITTA, IHHA and ATOAI including HRANI. Senior Officials from State and Central Government including MoT were present on the occasion. Presentations were made by the representatives of all trade bodies.
The sectoral working group gave a patient hearing and requested the trade bodies to send concerns at the earliest for a comprehensive note for GST Council.  The group also asked the industry to send their apprehensions relating to operational and administrative issues or any queries that may be affecting business upon transiting to the GST regime.

About Hotel and Restaurant Association of Northern India
Hotel and Restaurant Association of Northern India (HRANI) – a Northern outfit of the Federation of Hotel & Restaurant Associations of India is an apex body representing hotel & restaurant industry of the 9 North Indian States. The legendary Rai Bahadur M. S. Oberoi formed the association in 1950. Since its formation the Association has been effectively working for the cause of hospitality industry and plays a vital role in developing tourism in the nine member states that comes under its purview. These states are Delhi, Haryana, Punjab, Rajasthan, Chandigarh, Himachal Pradesh, Jammu & Kashmir, U.P. and Uttarakhand. As the voice of the North Indian hospitality industry, we represent 2,00,000+ Hotels & Restaurants in the region.  The Association is one of the most important & popular platform which highlights the Govt. Policies and Programmes. For further details please visit http://www.hrani.net.in/ 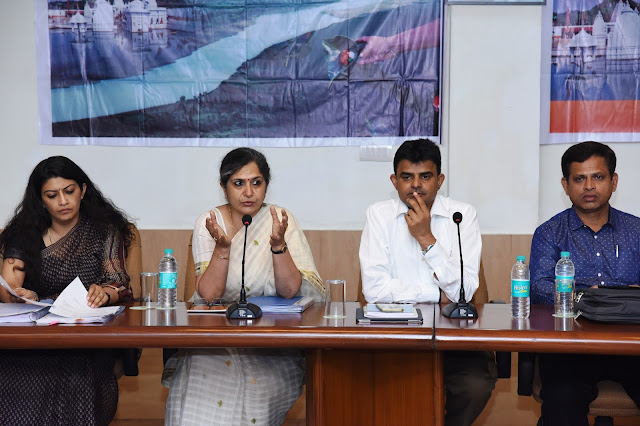