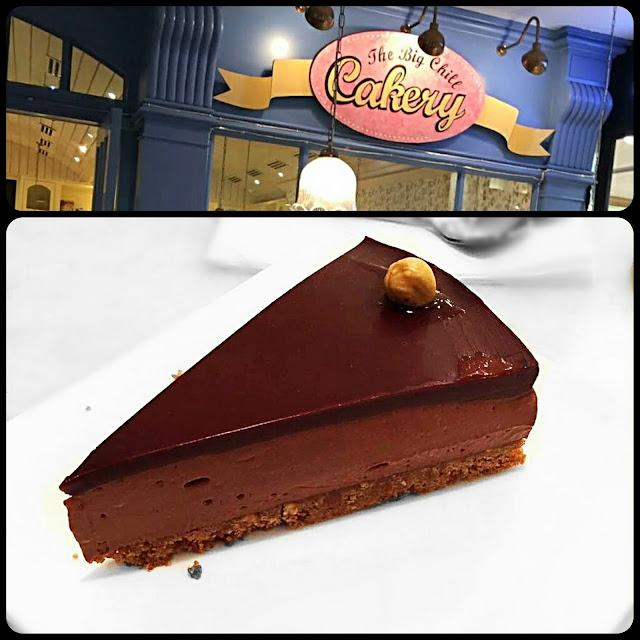 Eateries, bazaars, monuments and people give the city a unique character. While most of these iconic entities are supposed to be at least a century old; there are very few places that in little time become the fabric of the city. They adapt to the personality and becoming a synonym to the city comes organically to them- one such gem of Delhi is The Big Chill.

A brainchild of Aseem Grover and Fawzia Ahmed, it was the year 2000 when the gates opened to their first outlet in Kailash Colony. Many came to know about this place especially when the crowd of South Delhi started swearing by it. The actual boom came when it entered into the proximity of Khan Market. With praises spread all over from word of mouth, it was actually this very outlet which saw people pouring-in in huge numbers. The location added to its popularity and in no time it became the most loved and in fact the most instgrammed café too.

People were going gaga- from pastas to thick shakes, from cakes to pies; the concept just clicked. A retro themed ambience, brightest of colours and walls glorified with posters of yesteryear’s classic movies and song records- this was a cosy place to have a delightful meal. Many also said that it reminded them of the café from the legendary series F.R.I.E.N.D.S.
In the midst of all the dingy bars that served the same food, this became the place for people who actually liked to spend money on a satisfying meal. But what was the reason for this glory?

To start with- food; they never compromised on the taste- rustic and flavoursome, their dishes made people realise what actually foodgasm is. No matter how many outlets they opened, they never deviated themselves from serving king size portions. Every time and I want to particularly stress on this point, every time the portion size was the same as before. Next is their menu, not only the dishes but the menu itself is such smartly designed, it feels like opening a food treasure book. No matter how jam packed the place is, the staff is always calm-composed yet super quick on their feet.

Imagine the chaos in the restaurant and the level of popularity because of which they next came up with an absolute beauty The Big Chill Cakery. By this time the café was already feeding foodies at DLF Promenade, Vasant Kunj and DLF Place, Saket. The cakery was an ode to desserts, ice creams, bakes & more. Designed like a French patisserie, this place is actually a paradise. You pass by this and it just pulls you. Your mind will keep saying just go and dig your teeth into something sweet. Sit at any of their outlets and you will see the reactions of the happy eaters- people will be feeling guilty about screwing up their diets and half of them take at least 15 minutes to decide as to what to order. Yes, they just go bonkers over the options! Each cake beautifully finished and teasing you from that counter to just dig in.

I can probably write a thesis on this, but the idea is to express gratitude to this entity for giving us so many happy meals and for others to learn from them how to keep going rock solid without compromising on the portion size and of course, taste. And now with all that hooting, we welcome The Big Chill Café to DLF Mall of India, Noida. Take my word for this, it is their most beautiful outlet till date. As we entered I was so overwhelmed by its charm. The taste here too remains untouched, as pure as it was, made with honesty and love for the ingredients used.

We all love this place and they are definitely here to stay. So go foodies, start that guilt trip, binge on, forget about your diets and satisfy your soul with the most comforting food ever.
I have to go now…….the wait is over, just got my table!