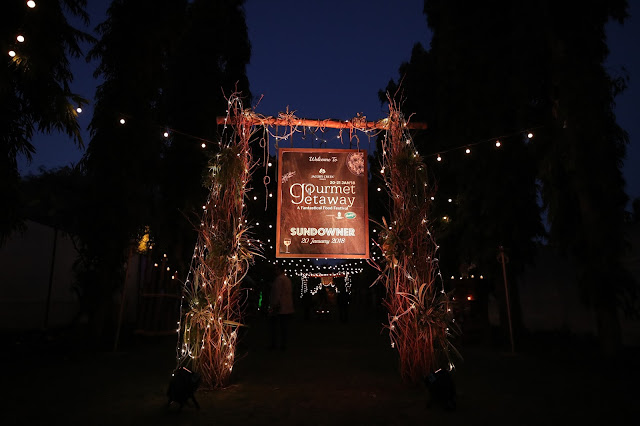 The pink city of Jaipur as its populary known as is the largest city of the royal state of Rajasthan. Though we are all well aware of, the royalty and grandeur of this city. Its evident in almost everything, be it buildings, culture and obviously Food. Jaipur is emerging to be one of the most upcoming food destination of our country after the metro cities. The advantage is in its location, just a few hours away from Delhi.

Food scene is at its best in the city with so many events being curated in and around food over the last few years. But to top it all and take gastronomy to a new level altogether, Gourmet Geatway has been curated  by Dushyant Singh who is also a proud owner of a popular café OTH in Jaipur. This international food festival  in its 2nd season was conducted in January this year.

On 17th August 2017, Mr. Dushyant founder Gourmet Getaway, organized a pre-event brunch at On The House He confidently declared that in the upcoming Gala Food Festival, there’ll be a wide range of cuisines and emphasis will be paid on those dishes that are not easily available in town. He proved it in the best way possible by showcasing and curating an event which was world class. 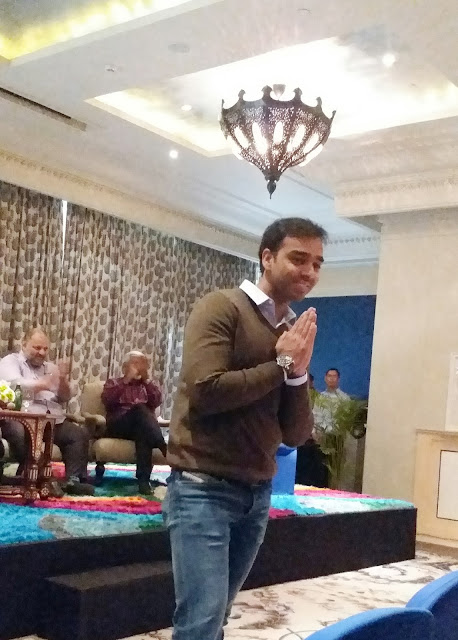 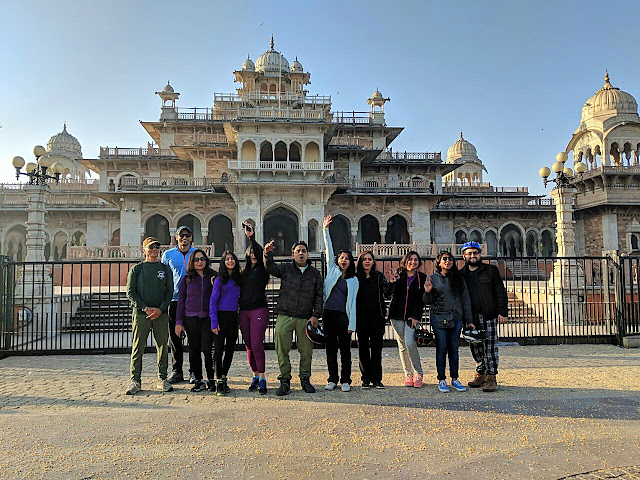 The event was scheduled for 20th and 21st January, 2018. The first day kicked off with a cycling session around the Pink City. It attracted a lot of cycling enthusiasts and they rode through the city. Later in the day, Chef Antonio Scirocco conducted a LIVE wood fire pizza making class which left the audience awestruck. 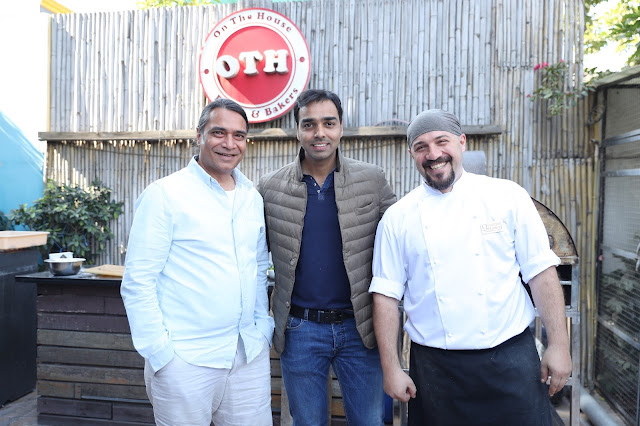 Chef Barbara conducted a very informative class on wine and chocolate tasting at one of most picturesque restaurants of Jaipur , Meraaki Kitchen. This vegetarian Pan Asian food place is the mastermind of Shivika Kothari and her cousin Neha Deepak Shah a passionate cook and a proud participant of Masterchef India Season 4. People of Jaipur learned the peculiar characteristics of wine and the perfect chocolate to combine with at this beautifully curated session. 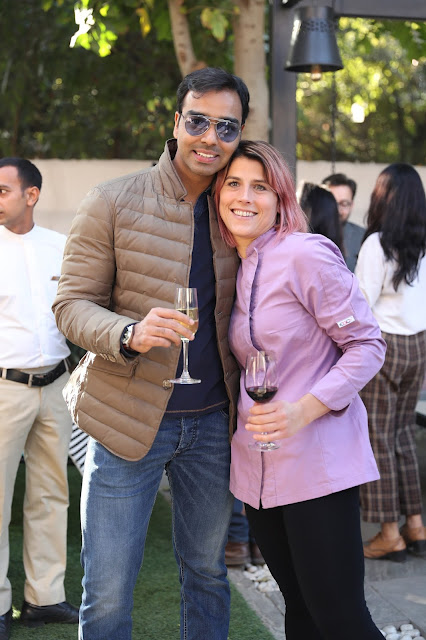 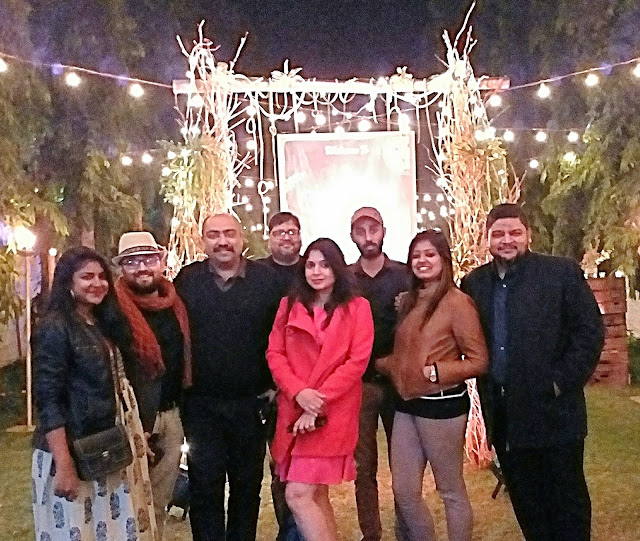 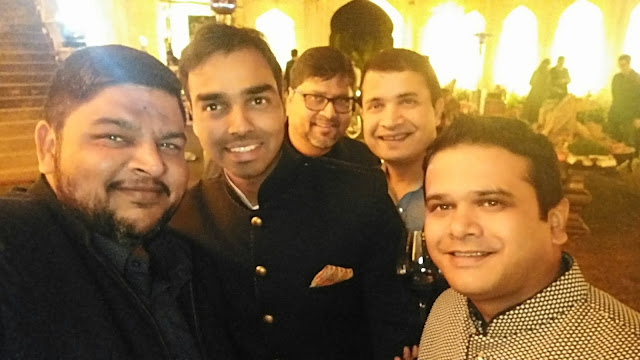 The Sundowner; the much awaited part of the festival saw chefs cooking cuisines native to different parts of the world. The warm and green ambience of Nand Mahal which was once a hunting lodge hundreds of years ago perfectly complemented the theme of the festival. The one-of-its-kind night also witnessed live performance by Shadow and Light band from Delhi.


We were specially invited for this 2 days long extravaganza alongwith other eminent personalities from the Food and Hospitality industry. The second edition of Gourmet Getaway successfully concluded with a panel discussion on the “Importance of Our Culinary History in Modern Times” at Fairmont Hotel, Jaipur. This 2-day event saw a galaxy of food experts and chefs from all around the world and showcased their talent. 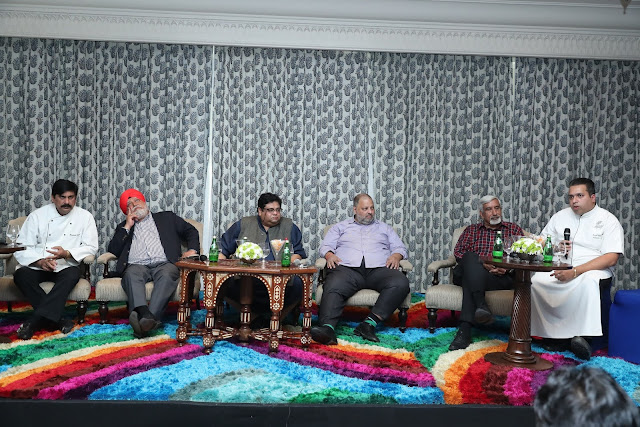 The panel discussion took place among Dr. Ashish Chopra; culinary historian, Chef Manjit Singh Gill, Chef Sudhir Sibal, Chef Rakesh Sethi, Chef Prasad Metrani (Fairmont Hotel) and Mr. Sourish Bhattacharya. They talked about the vast history of Indian food and its evolution with time. They also discussed the importance of officially documenting the Indian recipes in order to let the world know the variety of food that India has. Chef Manjit Gill highlighted the importance of 5 elements of our existence and Ayurveda in our food.

The unmatched grandeur of the festival gave the Jaipurites memories to cherish, until next year. Talking about the next edition, Mr. Dushyant Singh said, “Our only motive is to make it bigger and better with each passing year. We work hard the whole year to curate a two-day event for our lovely attendees in a hope that they will experience something that rarely happens in any festival in India. We look forward to many such years and expect that the festival would attract more people from around the world next time.”

Gourmet Getaway gave a chance to the common people to know the food they eat and how it can be improvised in many different ways. The scrumptious dishes, live music and great company of friends made this festival a successful project.
The aim of Gourmet Gateaway is to usher a revolution in the food industry by bringing the best and the most professional chefs to showcase the best culinary talent possible.